Sometimes understanding something is as simple as putting yourself in someone else’s shoes, or in this case, nest.

I spent a summer working as a Park Ranger for Gull Lake Recreation Area in Brainerd, Minnesota for the US Army Corps of Engineers. While there, I did weekly interpretive programs as any park ranger does, but I wanted to take my programs to the next level by creating something more immersive. So, I decided to build a human-size bird nest which could double as a wildlife-viewing platform/overlook for the channel between Gull Lake and the Gull River. By the time I was finished, I had developed an entirely new level of respect for the vast variety and intricacies of nests in the animal kingdom.

Here’s how I did it

I won’t go too much into detail because the pictures show the process better than I can explain anyway. I started with four 4-foot tall 4×4’s (that’s a lot of 4’s) and two 2-foot tall 4×4’s, attaching 2- foot long boards about 4 inches up. 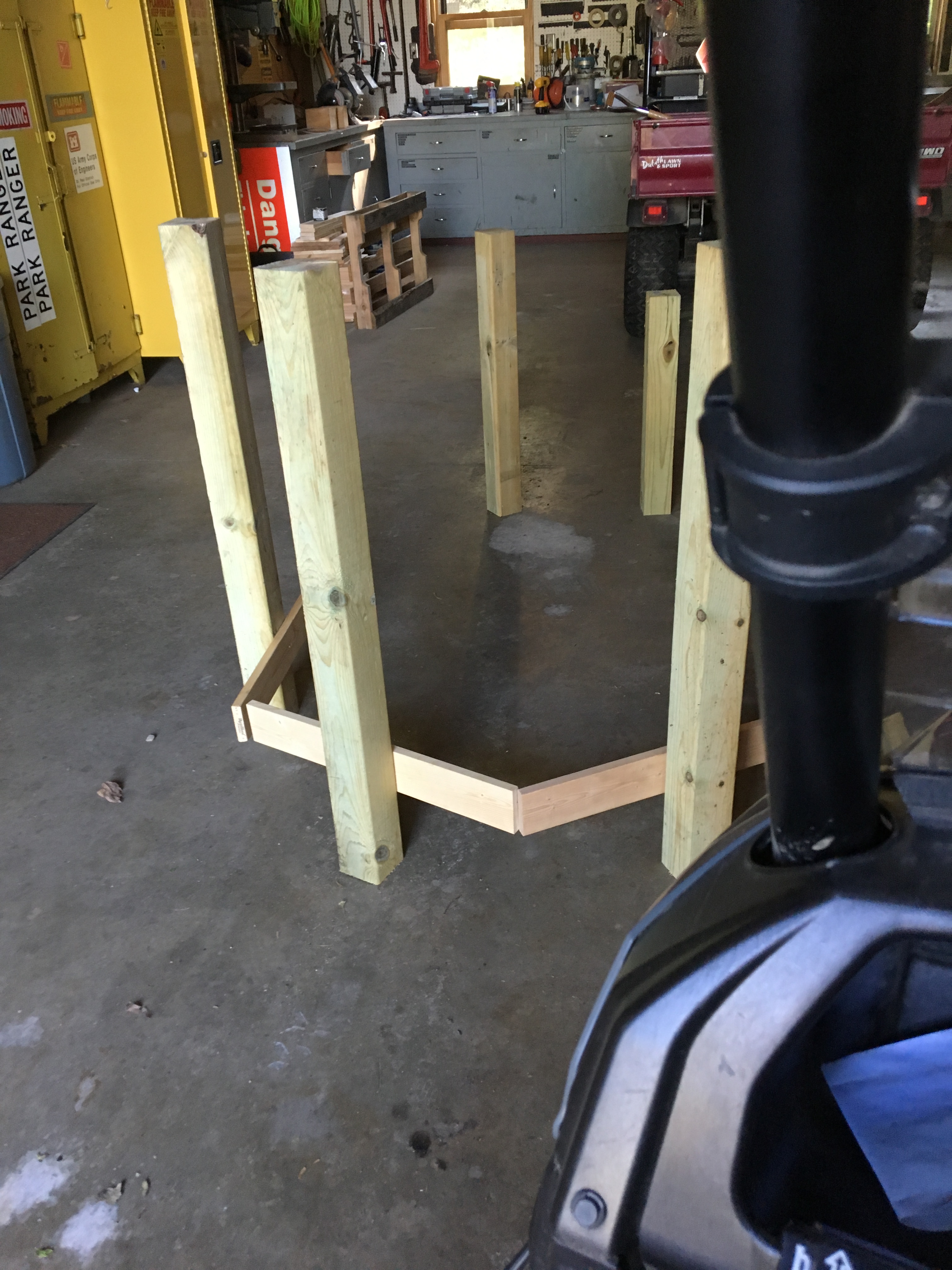 After that, I brought the frame out to its new home, still unattached. I set it up in a semicircle shape and used spare boards to brace the frame together by drilling them into the tops of the post. That held it in place so that I could start at the bottom and work my way up. All of the wood used was either fallen vine, limbs of trees which were taken out by the summers storms, or pieces I found on the forest floor. Nothing was taken or cut down in order to make the nest.

The method was pretty simple. I wove the largest pieces through the post along the outside. I drilled some of those into the post to add some extra sturdiness to the frame. That’s really it! It was a lot of looking for the best spots to wedge in sticks, twigs, branches, and whatever other filling I could find.

After I had the outside pretty filled out, I attached a board on the front base and filled in the empty space with class 5 and then tamped it down by hand. For the finishing touch, I spray painted the frame and added wood-burned displays.

For those of you wondering, my initial plan was to place the post into the ground to brace it that way. As it turned out, digging in that particular area was prohibited as part of some agreements due to the fact that the area used to be the site of an Ojibwa settlement, meaning I had to figure out an alternative way of building it so that it is actually above ground.

As far as stability goes, to the best of my knowledge, the nest is still there. We had some major storms come through that summer and none of them so much has moved a stick out of place. I’m no bird, but all-in-all, it turned out great.

What do you think? Have you ever seen or used a display like this? What types of interpretive programs do you think it could be used for? Let me know in the comments!