They came in droves but no one knows where from. You find them in your homes and cars, scuttling across your windows. They line the sidewalks and entryways of every building.

But it hasn’t always been this way. The Multicolored Asian Lady Beetle, Harmonia axyridis, was first introduced to California in 1916 by the USDA to help control pecan aphid populations and have since popped up across the country, first sighted in Minnesota in 1994. Though they are often confused with our native ladybug, these beetles are most commonly orange, instead of red, a little bit larger, and have a characteristic “M” shaped marking behind their head. 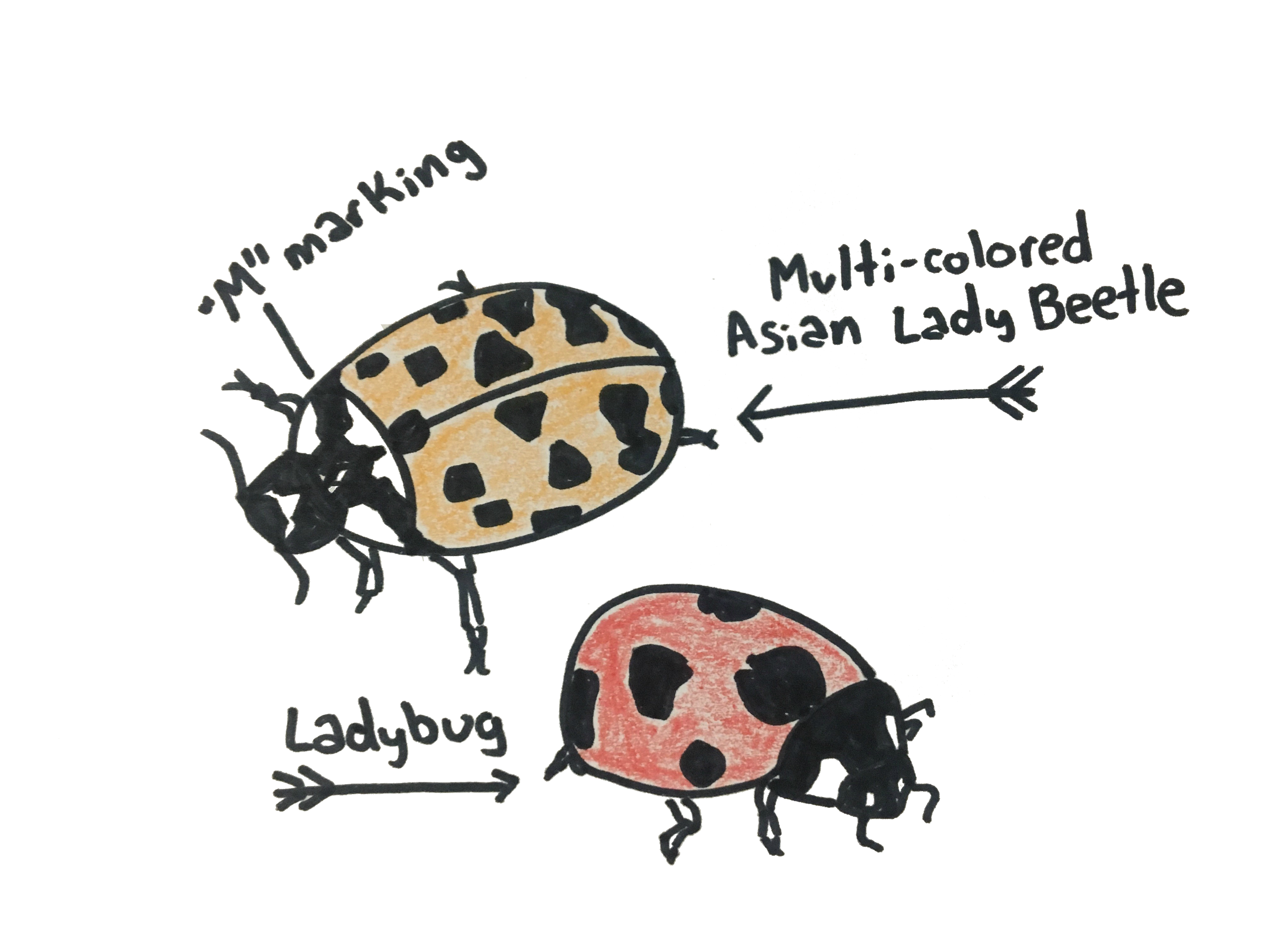 If you live in Minnesota, odds are that you are well in the midst of a full autumn invasion of the festively colored Asian Lady Beetles, but why?

Minnesotans across a good portion of the state woke up on Tuesday, October 10, 2017 to the first frost of autumn. Since then, it has stayed relatively mild with sunny, warmer than average days. As it turns out, we aren’t the only ones enjoying the weather.

Hoards of lady beetles, make their way to buildings on the “second day of temperatures above 65 degrees that follow freezing or near freezing temperatures”, according to an information page on the species from the University of Minnesota Extension.

Just like we know this weather isn’t going to last, the beetles know one thing for certain: Winter is coming.

The beetles make their way into whatever opening they can find, crawling up under siding and through the edges of doors, cracks, and crevices in search of a warm place to call home for the winter, eventually settling in attics, insulation, or other nooks and crannies where they’ll go dormant, sometimes in large masses.

Some years see larger gatherings than others, and there’s no clear reason why. It could be related to a particularly abundant year for food, or maybe just the right weather conditions. 2017 has certainly been one reminiscent of a biblical plague. A couple weeks back, my family and I were visiting Itasca State Park. As we pulled in, hundreds of thousands of Asian Lady Beetles filled the air like an amber snow storm. About a week later, they started popping up all around Central Minnesota and are just now starting to let up.

Being from another continent in a land with no natural predators has allowed these beetles to reach staggering numbers, which makes their affinity for buildings all the more troublesome. There booming populations have also meant an apocalypse scenario for now rare native lady bug populations who are facing immense competition for food and habitat. During this time they can actually be mildly aggressive, sometimes able to bite hard enough to break the skin.

When disturbed or threatened they resort to a behavior called reflex-bleeding where they secret a yellowish liquid that can stain some surfaces. Some people consider the smell to be pretty pungent. Honestly, I kind of like it. I feel like it smells like dead fall leaves, further adding to the seasonal festivity of these little critters.

On occasion, you might see them during the winter near your windowsill. That’s because fluctuations of temperature and warming may wake these dormant insects, prompting them to seek out additional warmth. The good news is, most of them will make it back outside when the weather warms. If you want to see something really cool, keep an eye out for their crocodile-like larva eating aphids on common garden plants and milkweed throughout the summer.

If you are having a particularly bad beetle year, the University of Minnesota Extension service has some helpful tips for keeping them out, and getting them out, of your home.