If you’ve ever been down to Cozumel, Mexico, you’ve been to one of two places (the other being Glover’s Reef in Belize) on earth that this species of fish can be found. I was there in 2011—on land, granted—but had I gone out snorkeling near any coral outcrops I may have had the opportunity to see the spectacular Splendid Toadfish.

The Splendid Toadfish, Sanopus splendidus, lives in caves and crevasses at depths between 8 and 25 meters where they act as ambush predators, feeding on small fish, polychaete worms, and other small critters like gastropods.

It’s appearance and body shape are evidence of its lifestyle. The eyes are positioned on the top of the head, a characteristic of many sand and bottom dwelling fish. They have many fins—around 8—the pectoral fins acting sort of like tiny legs, allowing them to “walk” along the ground. 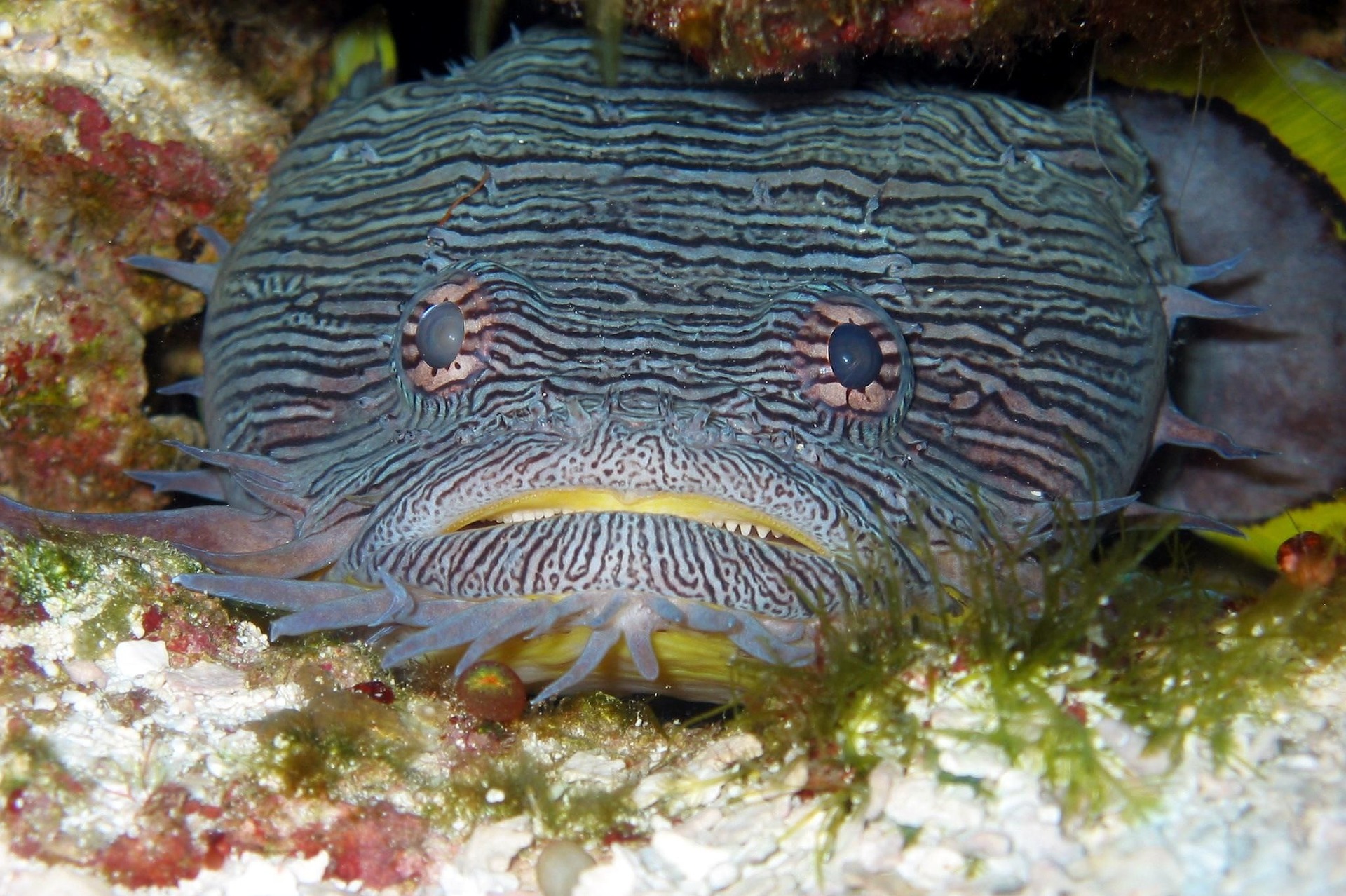 Tragically, overfishing, a “combination of disturbance events and chronic stresses has caused an average decline in live coral cover of 41% over the past 42 years off Belize and a 13% decline off Cozumel over the past 27 years” (IUCN) meaning a drastic loss of habitat for this special species of Toadfish, resulting in their listing as Endangered on the IUCN Red List of Threatened Species.