Despite being on this planet since the Triassic Period, around 250 million years ago, turtles around the world are facing unprecedented losses due to the plethora of ways a newcomer to this rock—new in a relative, geological timescale sort of way—has been able to change the environment and landscape on an unrivaled scale: us.

This time of year, a spin on a classic joke about a chicken comes to life as thousands of turtles are seen crossing roadways and trails, leading many to wonder, “why?” and “how can I help?” But before we answer that second question, it is important to understand the nature of this annual observation.Turtle crossings aren’t the result of random wanderings and, if you’ve ever witnessed one, you’ve probably noticed a certain deliberate determination in their stride. That’s because turtles crossings are anything but random. There are a few reasons turtles cross roadways, namely moving to new habitats such as seasonal wetlands, or the big one—journeying to lay their eggs. Of course, there is a third reason which pertains to what will eventually become the hatchlings—heading to the water.

In mid to late May and June, female turtles begin trekking to nesting sites, typically the same ones year after year though the exact nest location may change. Sometimes these spots are right by the water; sometimes they are not. Nesting sites may be hundreds of meters away from the nearest water sources. This means crossing wetlands, fields, woodlands, up hill, down hill, and—you guessed it—roads. Roadways, trails, sidewalks, and other human made pathways fragment the landscape. Frequently, this fragmentation occurs near bodies of water, and for a variety of reasons: people tend to settle near water which means roads, people enjoy scenic drives which means roads, etc. This means that as more and more roads and paths are constructed, more and more turtles will have to cross them to get where they need to go. It’s like Frogger, but with turtles and real world consequences. That’s where you come in.

Injured turtles with cracked shells may not die immediately, struggling and suffering for hours, days, or weeks. Turtles crossing roadways are most likely females, either on their way to lay eggs or on a return journey. If a egg-baring turtle is struck, that means those eggs will never have the chance to hatch and the mother will never have a chance to lay eggs in the future. Turtles reach reproductive maturity at just a few years old and can contribute multiple clutches of eggs to the population every year. As it is, many hatchlings never make it to adulthood due to predation or other environmental factors. Human drivers can be the final nail in the coffin for many turtle populations if they aren’t careful. If you see a turtle crossing the road, here’s what to do:

Slow Down and Pull Over 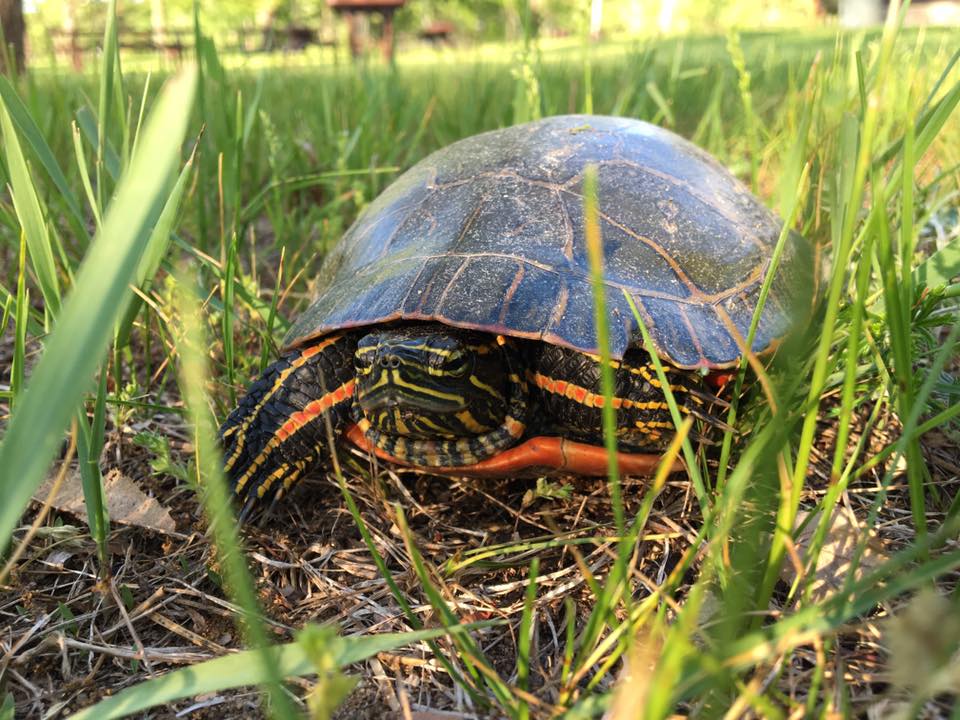 If it is safe to do so, slow down and pull over. Turn on your hazards and get out of your car so you can signal to other drivers. If the roadway is relatively clear and straight without any close by curves or blind spots, and if the turtle seems to be on a good pace, let it finish crossing on its own. It knows where it’s going and no interference is the greatest gift you can give. Think of yourself as a watchful guardian to your shelled neighbor. “If you care, leave it there”

If the traffic is relatively busy or allowing the turtle to cross on its own isn’t an option, safely pullover as in the previous step, turn on your hazards, look both ways and give a helping hand. It is important to firmly, but gently, grasp the turtle on its sides, head facing away from yourself, positioned so that your hands are between their front and back legs on either side.

“Ah,” you ask, “but what if it’s a snapping turtle?” to which I say “Ah yes, and some softshell turtle species which can be particularly feisty.” and you say “ah, I didn’t know that.”

I’m glad you hypothetically asked. Snapping turtles in particular can be quite scary to handle. Their necks are substantially longer than first appearance might suggest, able to incredibly quickly reach their necks out and back along their carapace to their back feet—part of their “snapping” nature. Here’s the deal, unless you are experienced or under pressure to do so by a Conservation Officer like I was the first time I ever handled one, don’t use your hands if you can help it. Some may have heard or seen that you can pick up a snapper by their tail. I NEED THIS TO BE AS CLEAR AS POSSIBLE, HENCE THE CAPS LOCK AND BOLD TEXT: DO NOT PICK UP A SNAPPING TURTLE, OR ANY TURTLE FOR THAT MATTER, BY ITS TAIL. 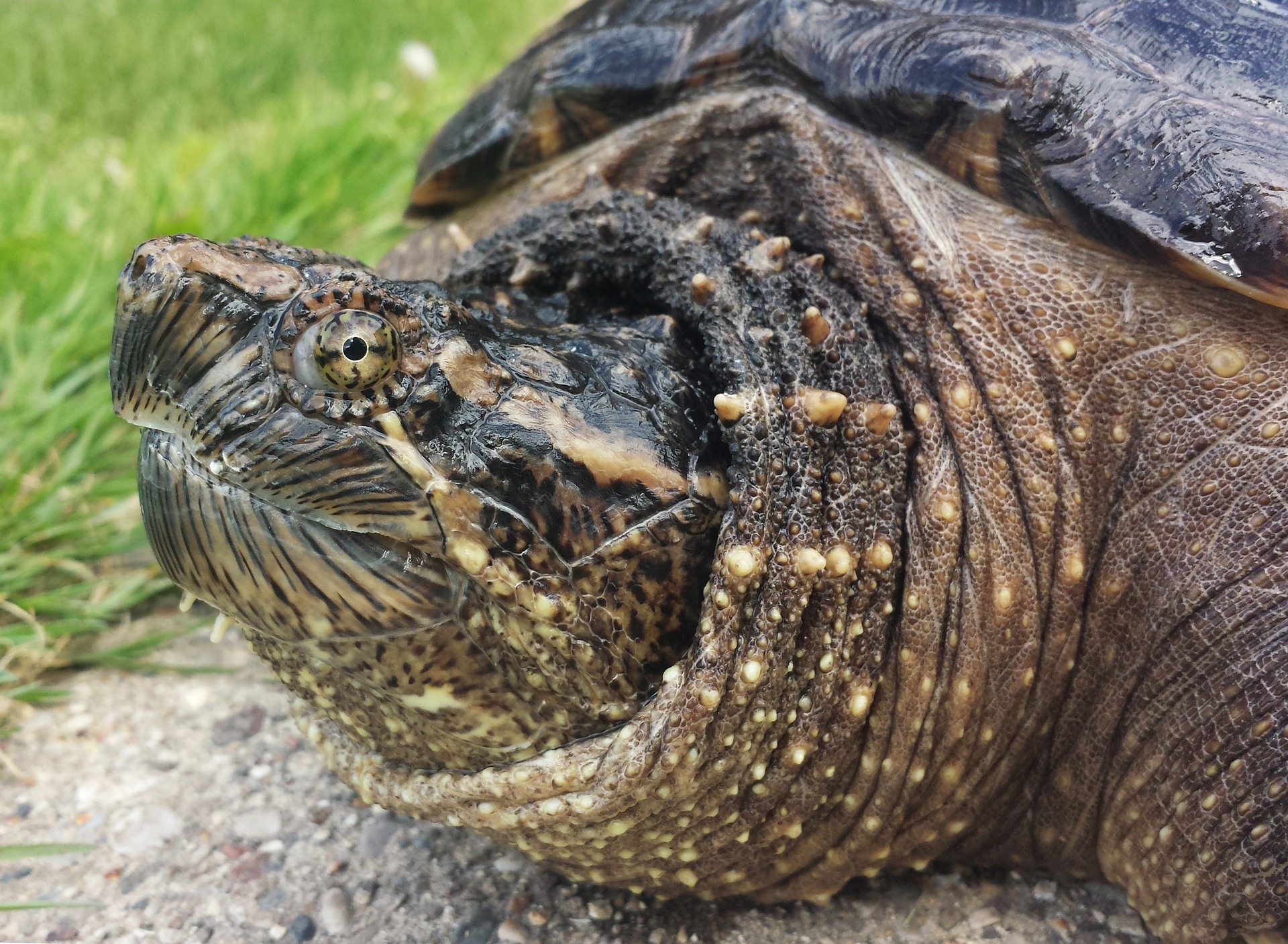 Despite what cartoons might have you think, turtles cannot come of their shells (unless of course you’re talking metaphorically). Their shells are attached to their spine. Picking up a turtle by its tail is essentially the same as yanking its spine and can cause severe spinal chord damage. 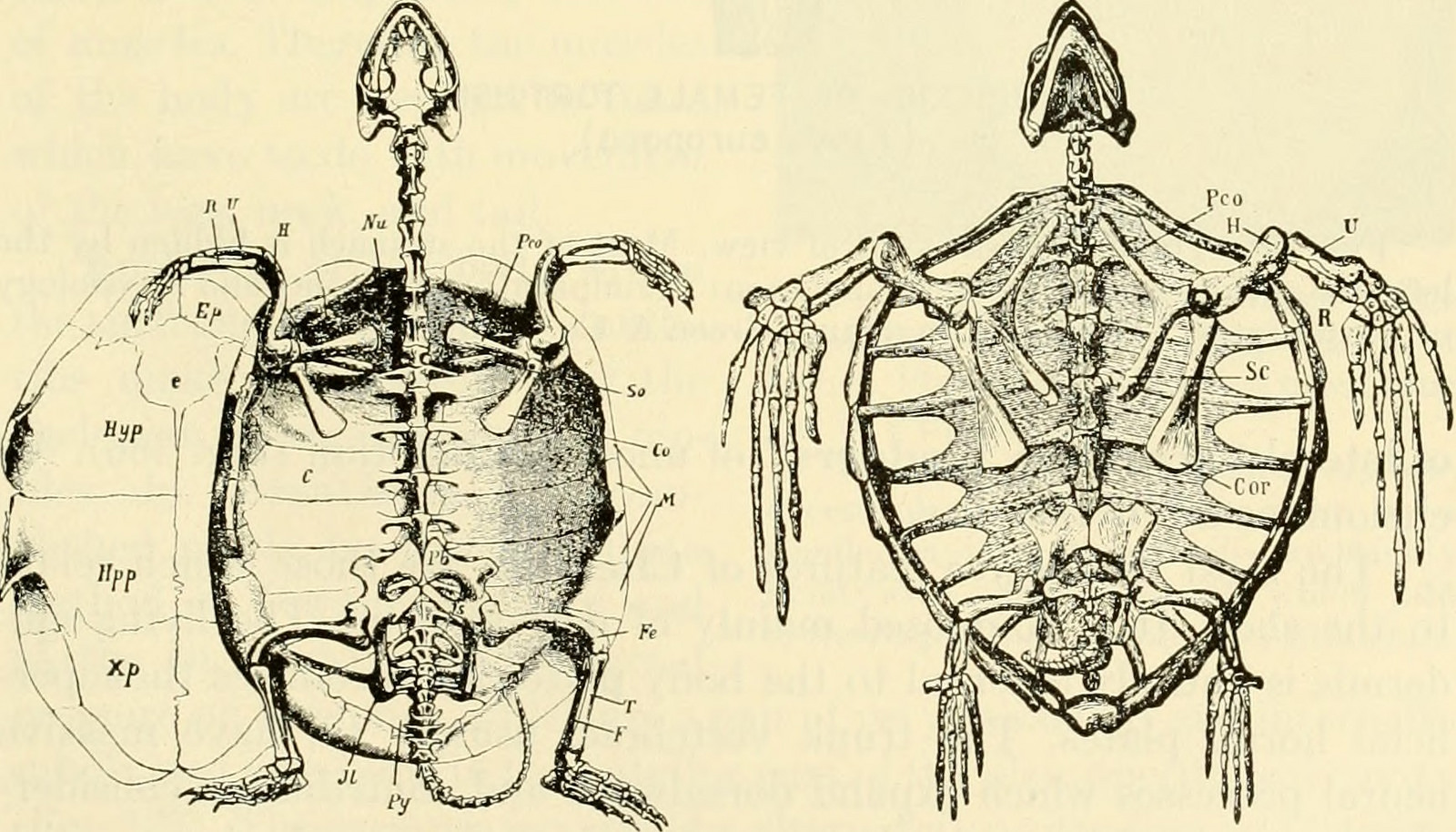 Best thing to do is give them the safe space to cross. If they really need an assist, you can usually nudge them along with a large stick (maybe keep a broom stick in your trunk!). Better yet, they might bite and clamp down on said stick and you can then lead them across the road. Sort of like a bulldog on a leash if you’ve ever had that wonderful experience.

Keep Them Moving in the Same Direction

When moving them across, move them in the same direction they were travelling before you picked them up, and try to stay as in line with their path as possible. If you move them to the wrong side of the road, they are likely to turn right back around and into harms way after you leave. If on their way to lay eggs, you may disorient them and prevent them from reaching their nesting site. Never take the turtle with you and relocate to an area you think is safer or to a body of water. 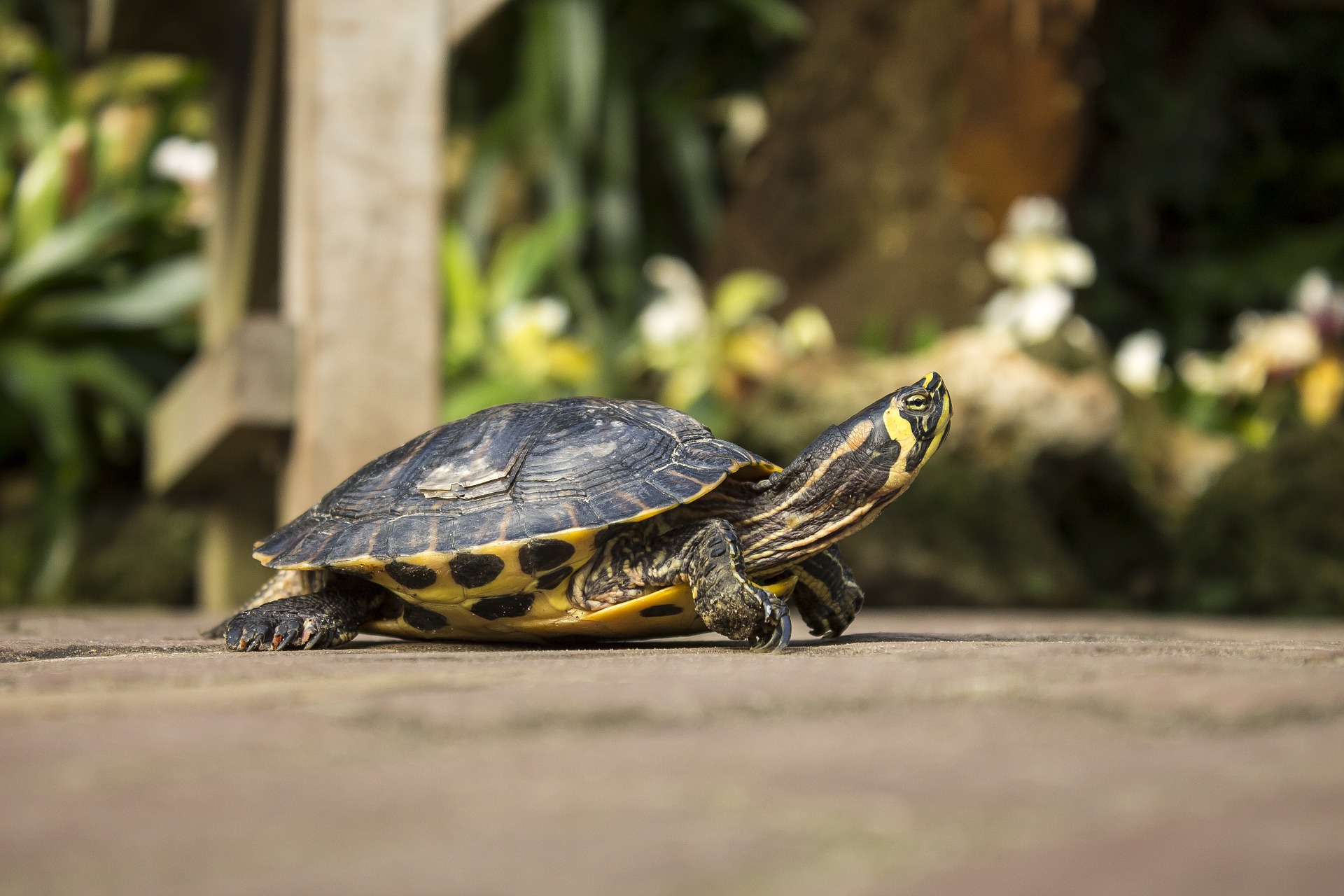 Help out science and researchers by recording your find on HerpMapper or your state Natural Resources Department’s citizen science turtle monitoring program. (most states have them)

Now get out there and save some turtles!