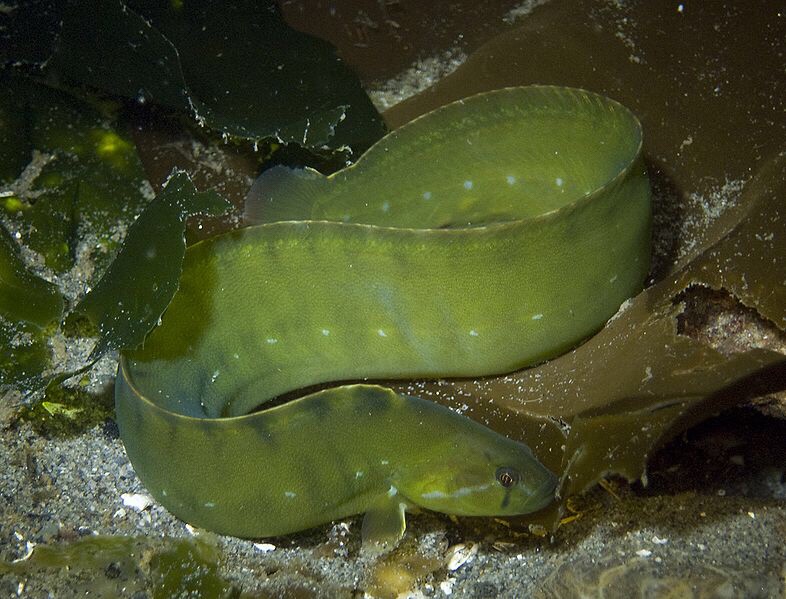 Typically seen peering out of eelgrass or kelp beds where they feed on small crustaceans and mollusks (in colder months when there is less vegetation, they favor rocky crevices), it commonly takes on the coloration of the plants surrounding it. Occasionally, they may be found in tide pools and sometimes between rocks above water due to their ability to breathe air on the surface.

These 4-8 inch fish vary between shades of green, a wine-like maroon, or rusty brown, horizontally rowed along the mid-body are a series of dark and pale spots. Though perhaps the most easily identifiable characteristic is the dark vertical bar below each eye.