More than a Long Neck: 16 Things You Probably Didn’t Know About Giraffes

Who doesn’t love Giraffes? Yet, despite their international love and viral webcam footage with thousands tuning in to watch their birth, there is much about them that is unknown by the masses, which is a shame because they are truly fascinating animals with a multitude of fun facts about them. Here are 16 things you probably didn’t know about Giraffes. 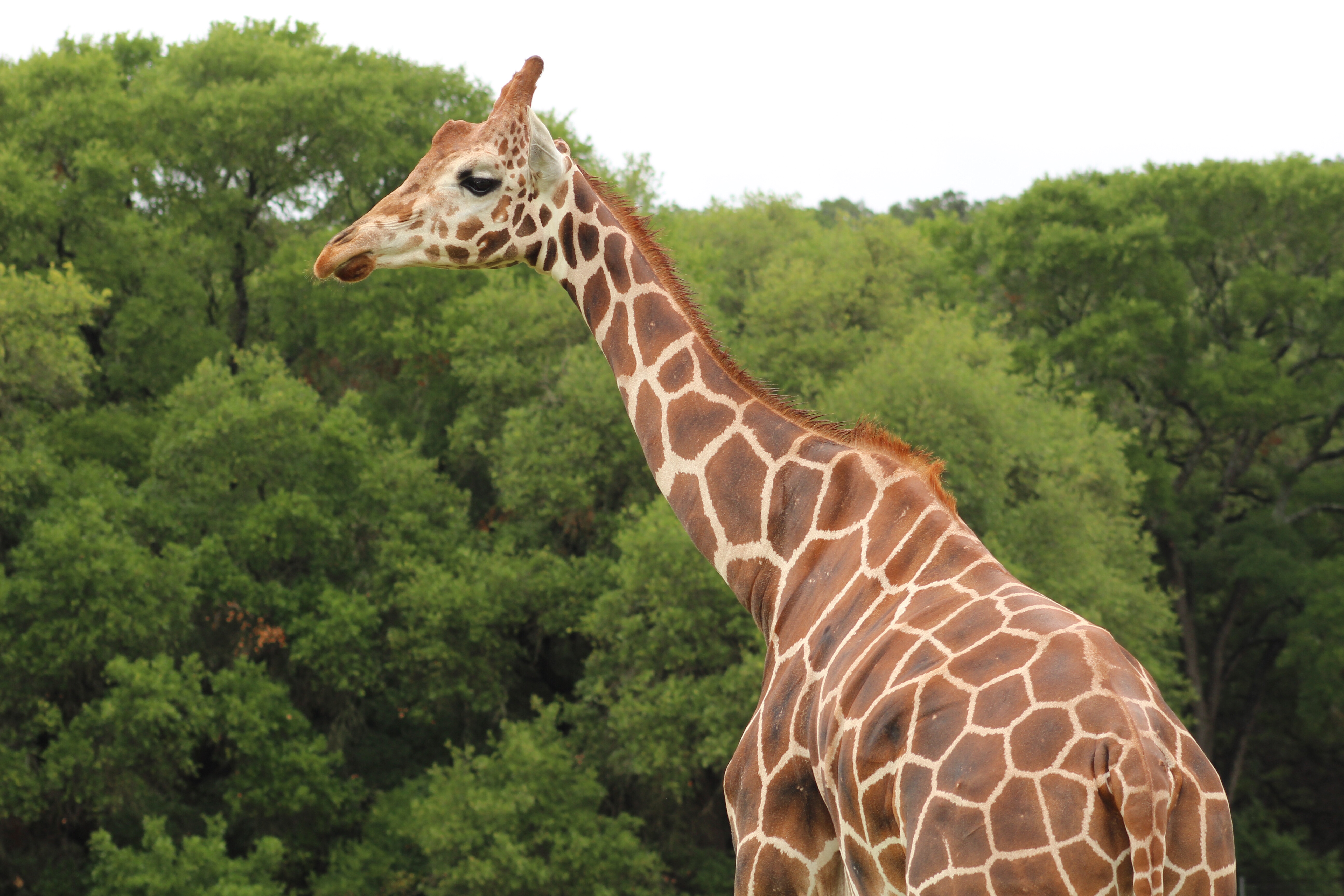 The Latin roots of the species part of that name, camelopardalis, translates to camel leopard. As it turns out, the ancient Greeks thought the Giraffe looked like a camel with a leopards coat—which yeah, they kinda do!

2. Giraffes are in the stars

In the 1600’s, a new constellation was introduced resembling a giraffe named Camelopardalis. 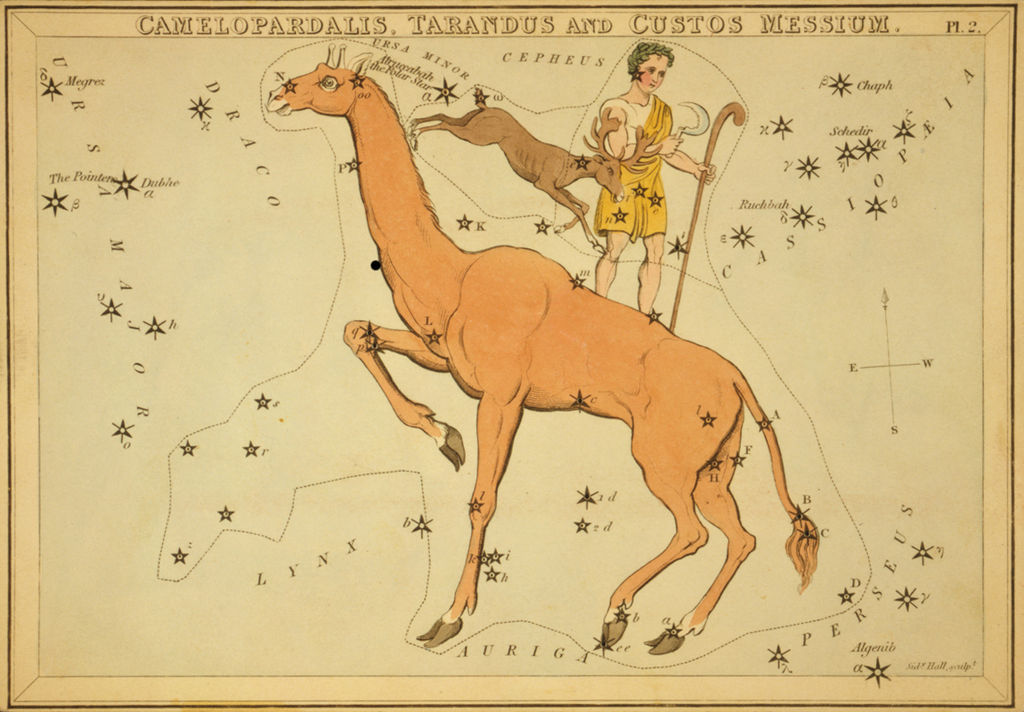 Giraffes can reach speeds up to 37 miles per hour for short distances and maintain speeds of around 30 mph over longer distances. (Last name related thing, the Arabic name for giraffe means “fast-walker”)

The Giraffe walks different from most mammals in that it swings both legs on one side forward at the same time (left front/back, right front/back, and so on) whereas most mammals walk with an alternating swagger.

5. Those little horn-like things on top? Those are called ossicones

Ossicones cartilage turned bone. Both male and female giraffes have these horns, but only the males use them for combat (more on Giraffe combat later) because of course they do. Conveniently for researchers, the gender and relative age of a giraffe can be determined by these structures. In males, the tops tend to be bald and look like large door knobs. In females, they are comparatively thinner and sprout little gifts of hair.

6. A Giraffe once roamed Rome…sorta

The first Giraffe on record to be brought to Europe was by Julius Caesar in 46 BC on a victory tour. Unfortunately, Caesar was quick to have the the Giraffe ripped apart by lions in the arena, so… 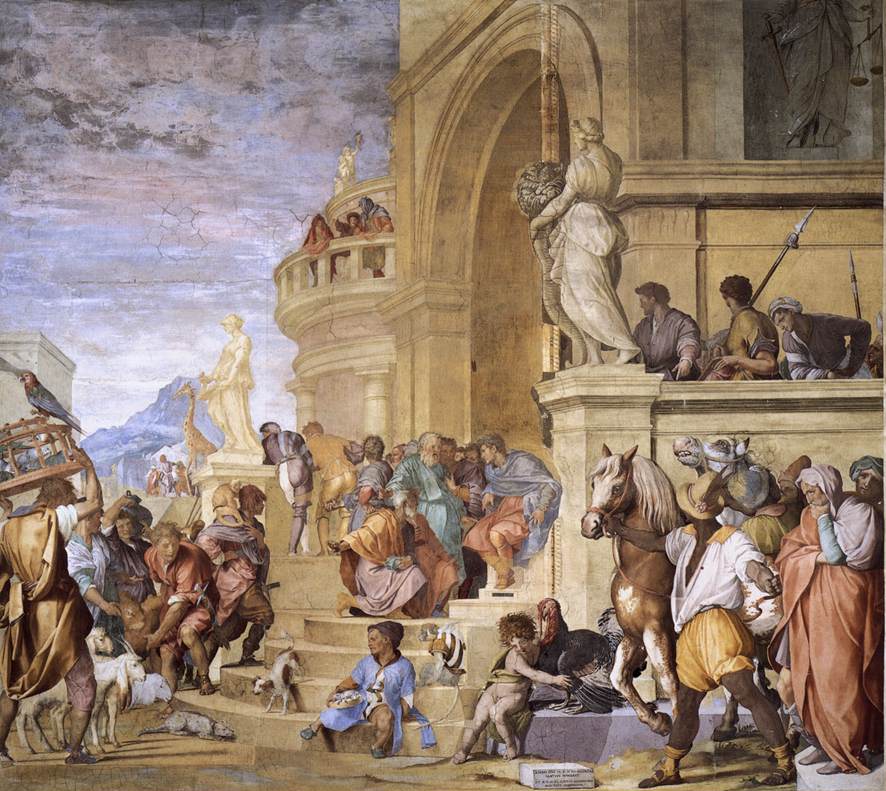 Triumph of Caesar by Alessandro Allori, circa 1520 See the Giraffe in the back left?

In 1414, a Giraffe was brought to Ming Dynasty China where it was placed in a zoo to the fascination of the Chinese people. In 1487, Lorenzo de’ Medici was presented a giraffe possibly by al-Ashraf Qaitbay, the Burji Sultan of Egypt, causing a lot of excitement around Florence, Italy. It would be nearly 400 years before another Giraffe was seen within Europe. Then there’s my sons favorite, Gerald the Giraffe from Giraffe’s Can’t Dance.

Like me, Giraffes eat near constantly to satiate their need for over 75 pounds of food per day. Since their diet consist mainly of leaves from the Acacia tree, they’ve got to eat for 14-16 hours a day. Mind you, the branches of the Acacia are also covered in thorns. 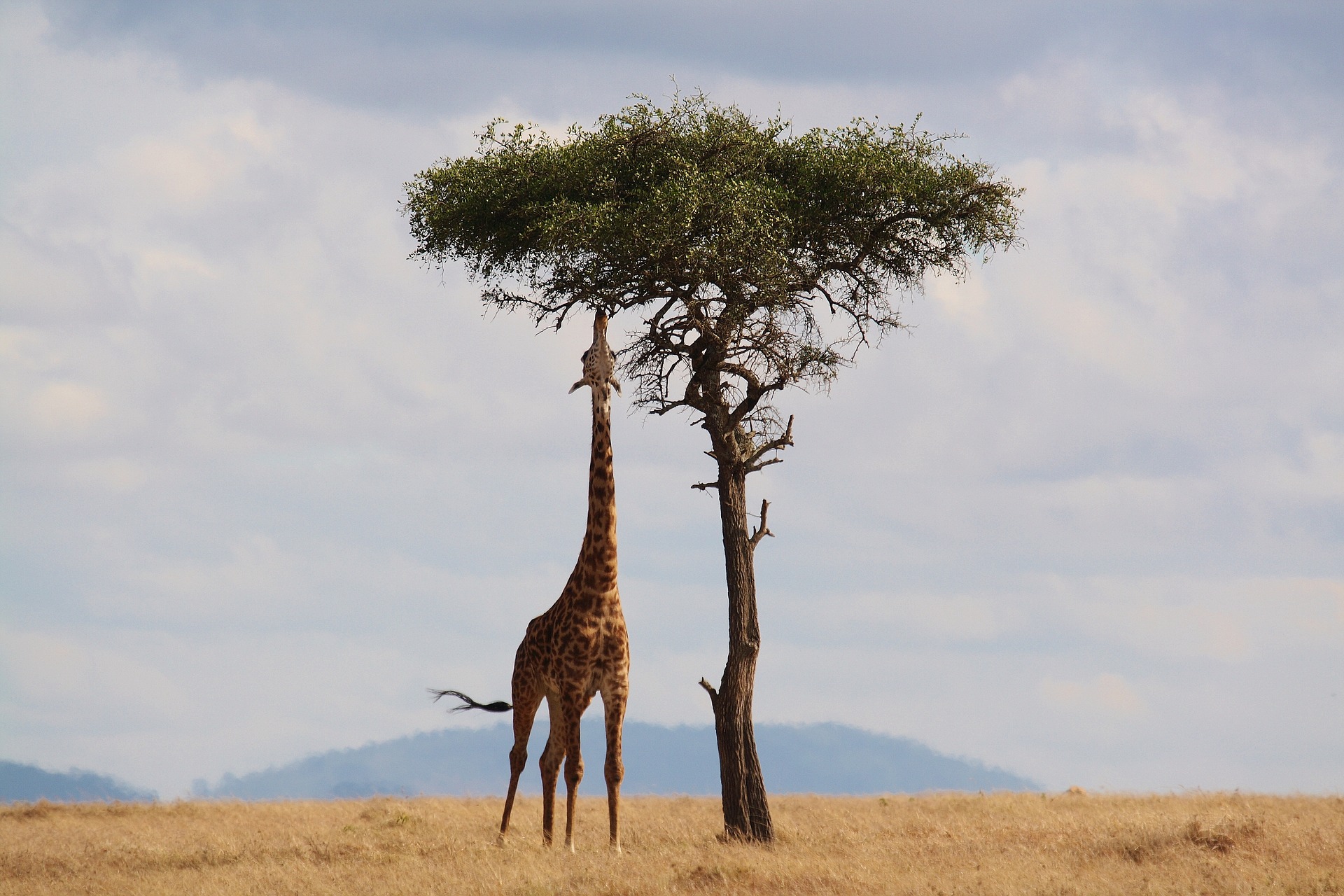 The thorns of the acacia don’t bother the Giraffe because their tongues and lips are super thick. Oh, and did I mention their dark purple colored tongues up to 20 inches long? Oh, and that their tongues are prehensile like a possum tail?

9(a). Same with the Okapi, their closest living relatives. 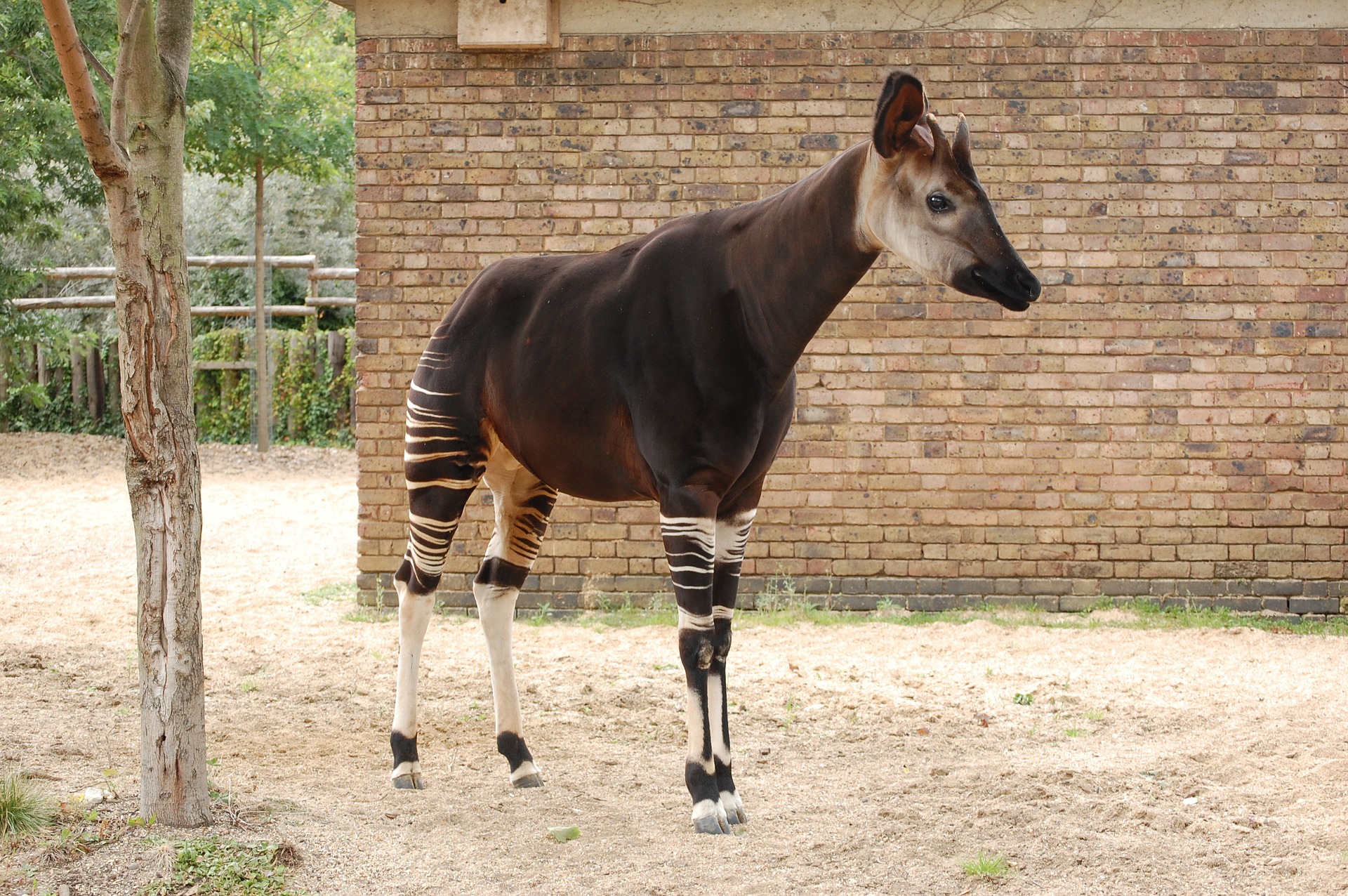 Giraffes spend a great deal of time chewing their food, after which they swallow it for further digestion before regurgitating it back up into their mouths for second lunch. This partially digested wad of leaves is called cud, and Giraffes have this second meal (like Pam’s second drink for all my fellow fans of The Office) as a way of being sure that they extract the maximum amount of nutrients from their food. 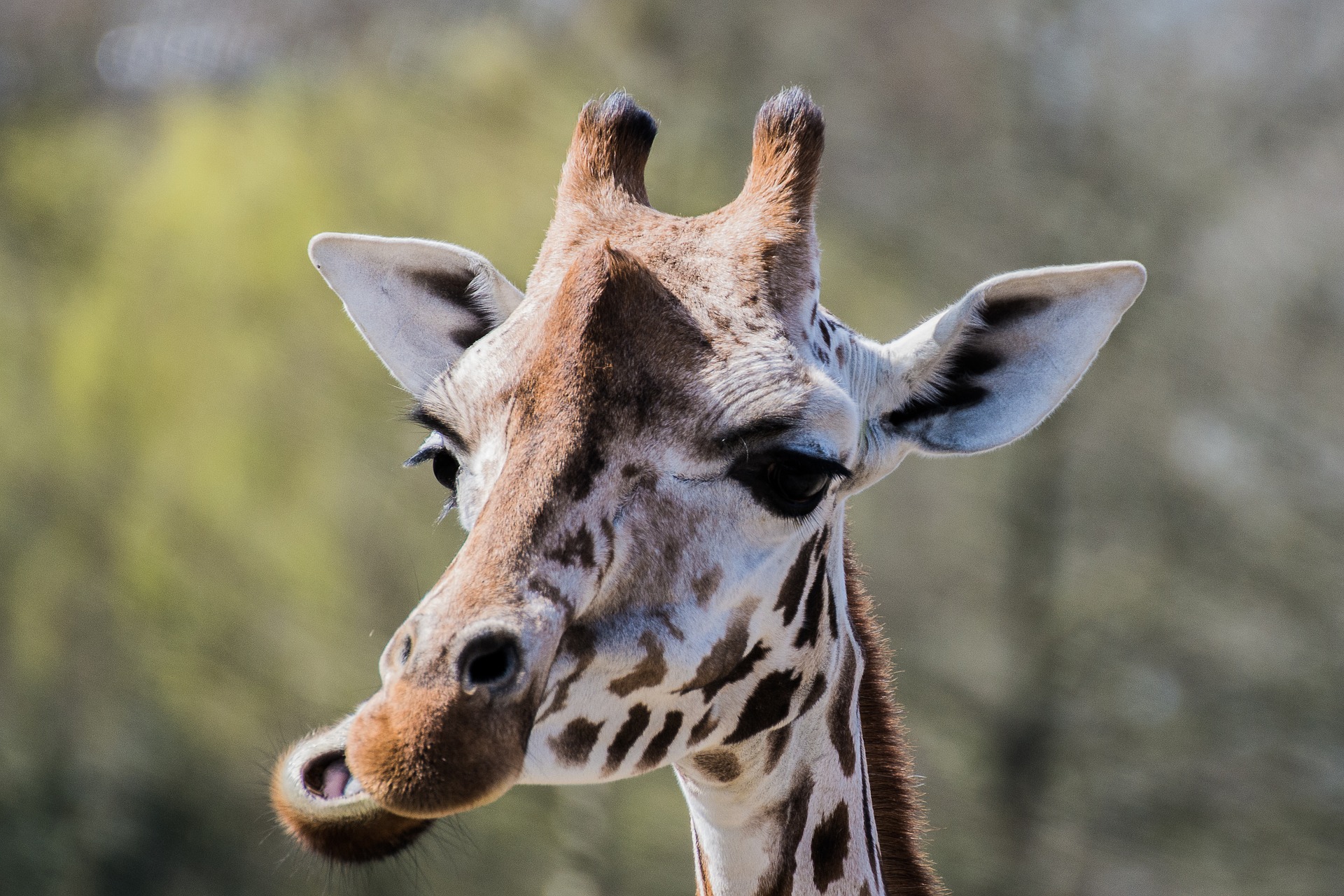 11. Giraffes have an enormous heart…

and no one to love. No, but seriously, at 2 feet wide and 25 pounds, it’s pretty enormous.

12. Their long necks are deceiving

Of course, Giraffes are best known for their freakishly long necks, but despite their length, Giraffes have the same number of neck vertebrae as humans—just 7—however theirs are nearly 10 inches long.

13. Giraffes are experts at necking

They use their necks to engage in the least threateningly named form of combat ever—“necking”.

14. Giraffes are taller than you think

Giraffes are the tallest living terrestrial mammal with adults reaching heights of nearly 20 feet. Even baby Giraffes are taller than the average person just after being born.

15. Each Giraffe is unique

Each Giraffe has a unique pattern to their coat, like a fingerprint! Though of course Giraffes of the same subspecies have certain traits in shade and pattern which appear similar across the group. 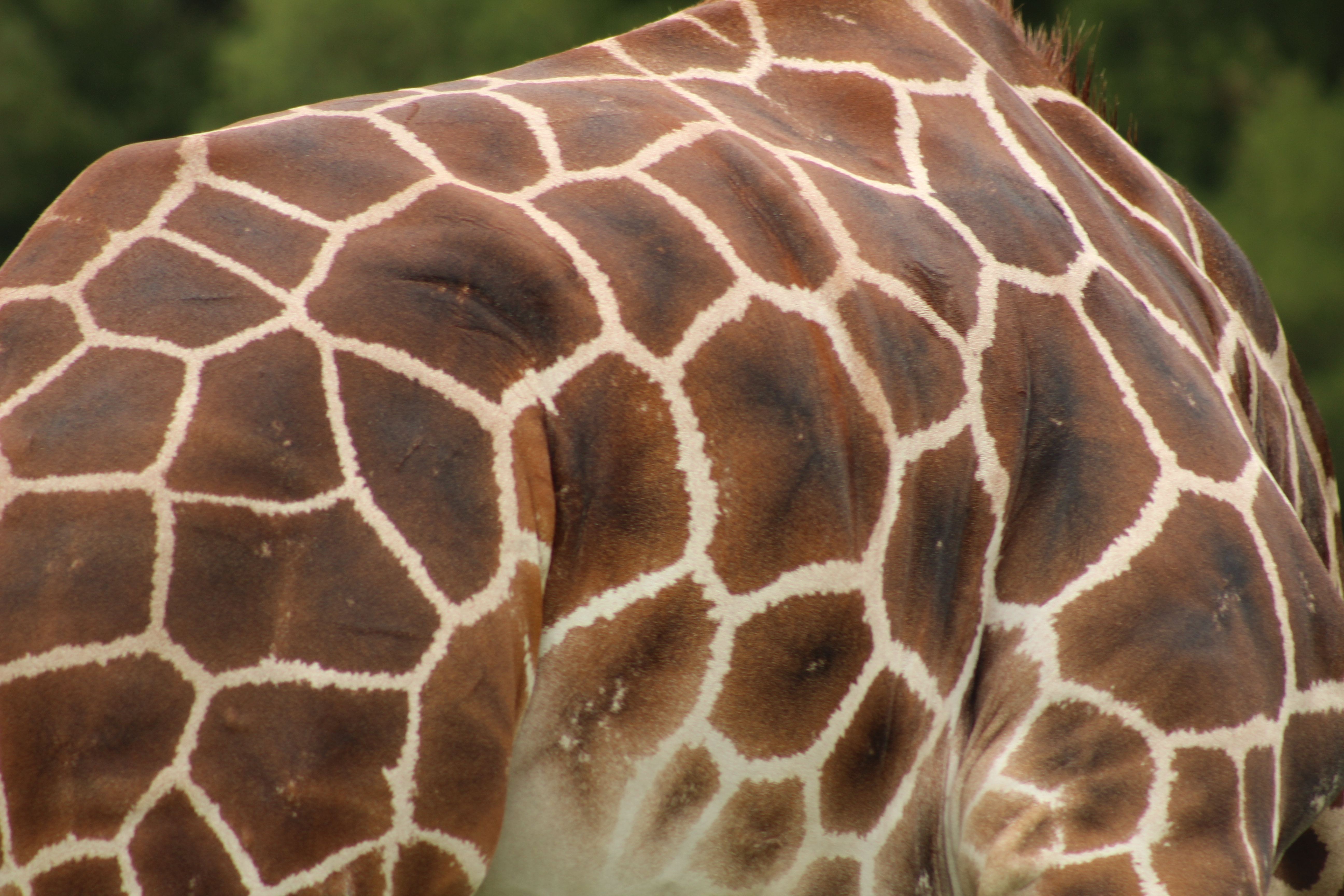 16. Last but not least, Giraffes stink

No, not like that. Giraffes smell really bad, In fact, older males in particular tend to earn the nickname “stink bull”. The foul, fecal smell comes from chemicals secreted from their skin and into their fur which help to repel mosquitoes, ticks, and parasites—a helpful defense for such a large and exposed creature.

One response to “More than a Long Neck: 16 Things You Probably Didn’t Know About Giraffes”