ATTACK OF THE BRYOZOANS

“Indescribably…Indestructible! Nothing Can Stop It!”- Tagline from The Blob, 1958

Well, maybe not attack. Indestructible might be a bit hyperbolic, too. But the sight of the creature I have sat down to write about today definitely evokes memory of a certain infamous Steve McQueen nemesis of the 1950’s—The Blob.

This past weekend, we were camping at Savanna Portage State Park. We spent our time hiking and paddling around the parks scenic trails and lakes. (Seriously, this park is the closest thing to the Boundary Waters Canoe Area outside of the Boundary Waters Canoe area with canoe-in campsites, immaculate bogs, and pristine lakes.) The last lake we paddled, Wolf Lake, was easily the most beautiful and serene. With the exception of some kayakers pulling in as we were pulling out, we were completely alone—or were we? (bum–Bum–BUMMMM)

As we rounded one corner of the lake into a blanket of floating lily pads, Chelsea (@TeacherWhoHikes) began to notice these strange…blobs…along the stems. Were they egg sacks? No. Jellyfish? Not quite. They’re bryozoans! 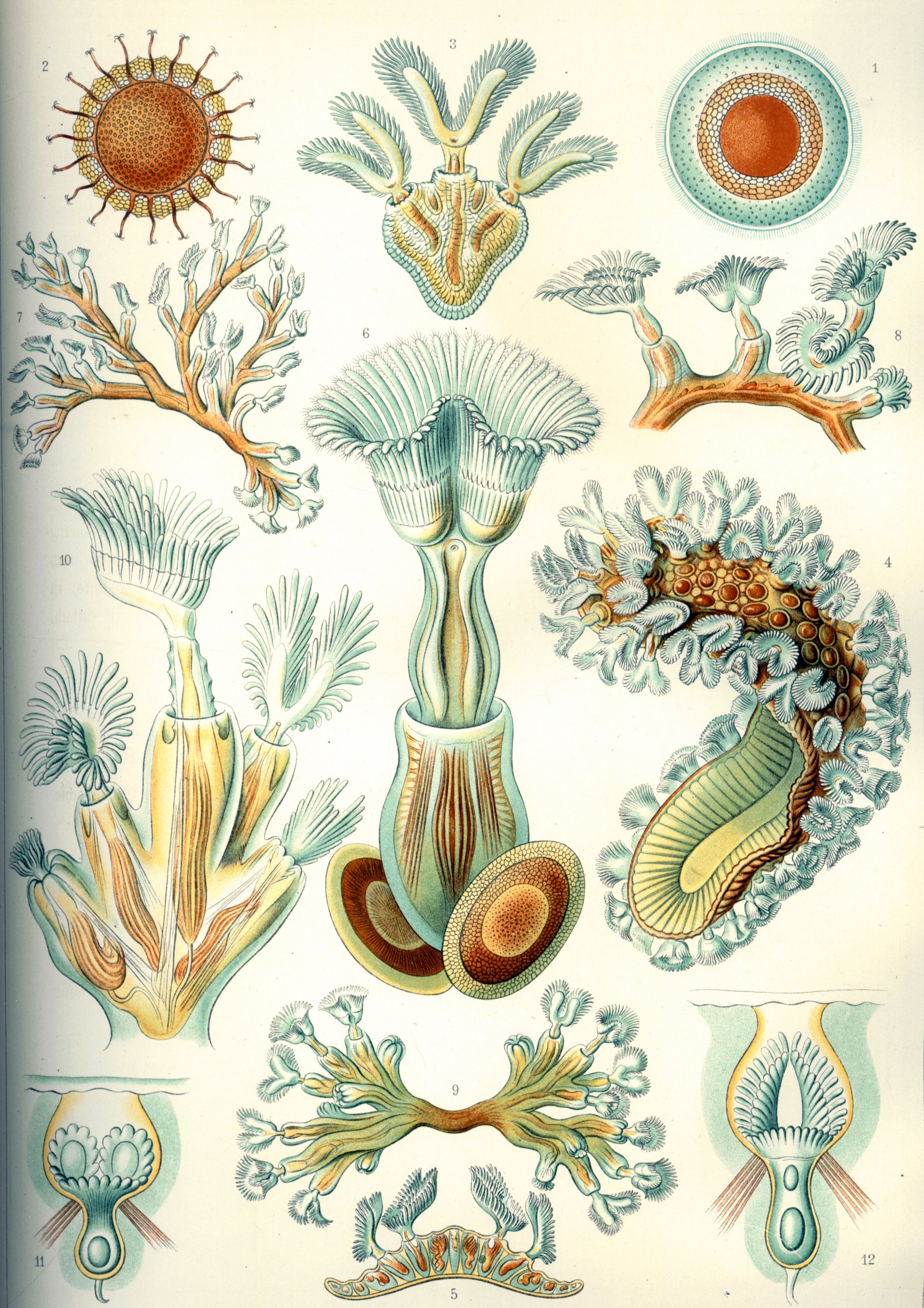 In the latter part of summer, these monstrous, alien looking sacks of ick can be seen in aquatic bodies all over Minnesota where the cling, typically, to whatever they can—dock pilings, vegetation, rocks, etc. But what are they?

These gelatinous blobs are colonies of microscopic animals. Individually known as zooids, and sometimes called moss animals, they reside inside of “jelly”-like tubes which they use to attach themselves to each other and an anchor point. From their jell-o home, they reach out into the void with their tiny tentacles to snatch up even tinier organisms (diatoms, dinoflagellates, cyanobacteria, bacteria, nematodes, etc) for food which are swept into their mouths positioned at the base of the tentacles, into their U-shaped digestive tract. I’ll explain. 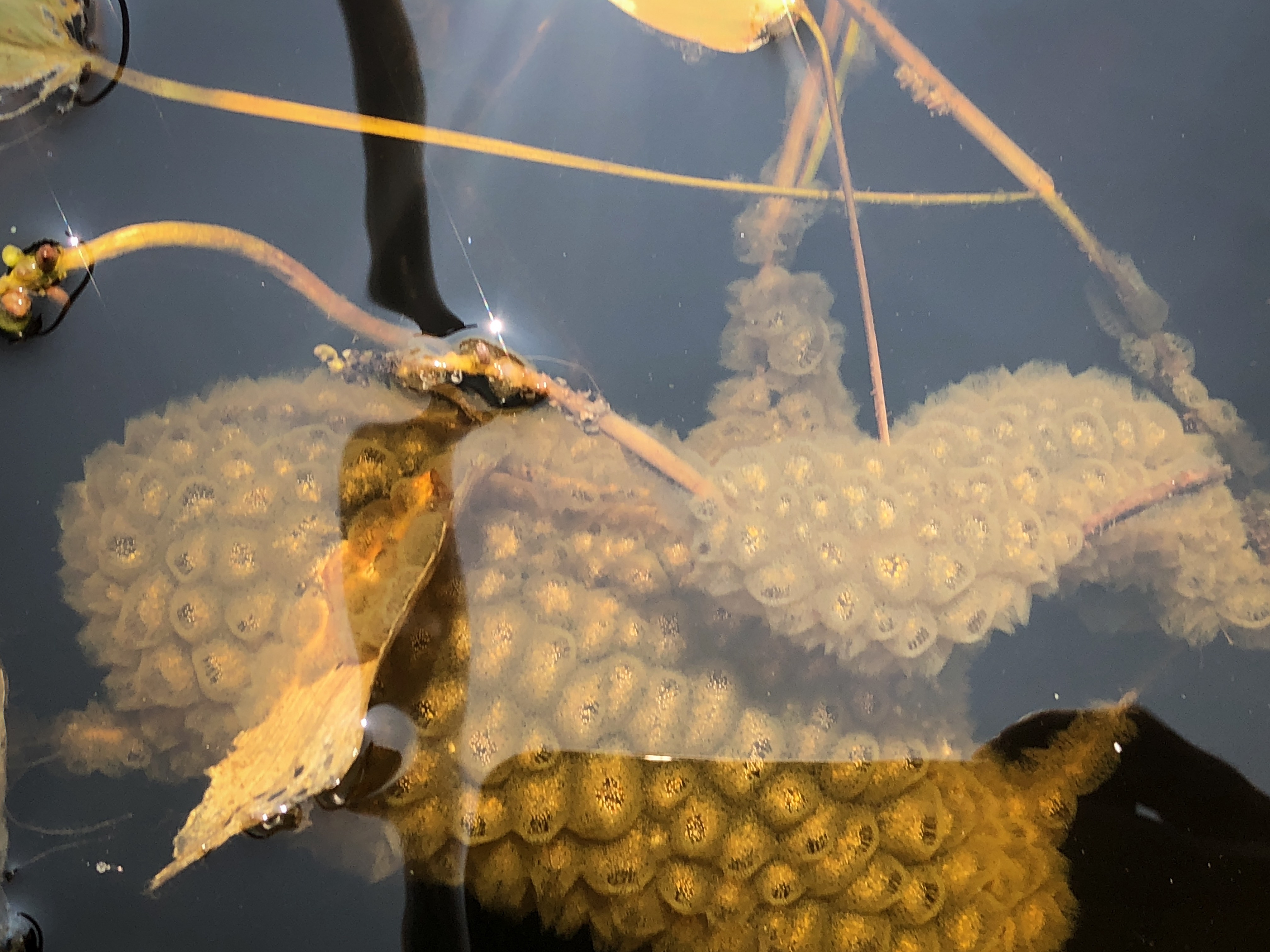 Bryozoa are a phylum of over 5000 aquatic, invertebrate, animal species. They are filter feeders, and those tentacles I mentioned are a part of a larger structure—a crown with hollow tentacle like structures lined with cilia called a lophophore. These individuals, zooids, that make up the colony rarely exceed half a millimeter in length, with only one genus not being colonial. Each colony contains feeding zooids deemed ‘autozooids’—this is where things get strange.

You see, these colonies contain individuals which are all genetically identical clones (Fun Fact, the word colony actually stems from the word clone) and co-operate, almost as if each individual was a cell joining with others to perform the functions of an organ—or an entire organism. Recently, I’ve been reading a book entitled The Gene: An Intimate History by Siddhartha Mukherjee. In the book, the author frequently references an excerpt from On the Road Home by Wallace Stevens which reads, “It was when I said ‘Words are not forms of a single word. In the sum of the parts, there are only the parts. The world must be measured by eye.’”

Individual zooids perform different roles or exist in different types, and where they grow and what they do is determined by chemical signals from the colony as a whole or an outside stimulus.

Looking at the single zooid, their bodies come in two parts: the cystid and the polypide. The cystid is the body wall and exoskeleton which may be made up by a number of materials, including: chitin, proteins, calcium carbonate (Tums), or polysaccharides (a carbohydrate).  The polypide contains the feeding parts, the digestive system, the nervous system, and the other important bits. 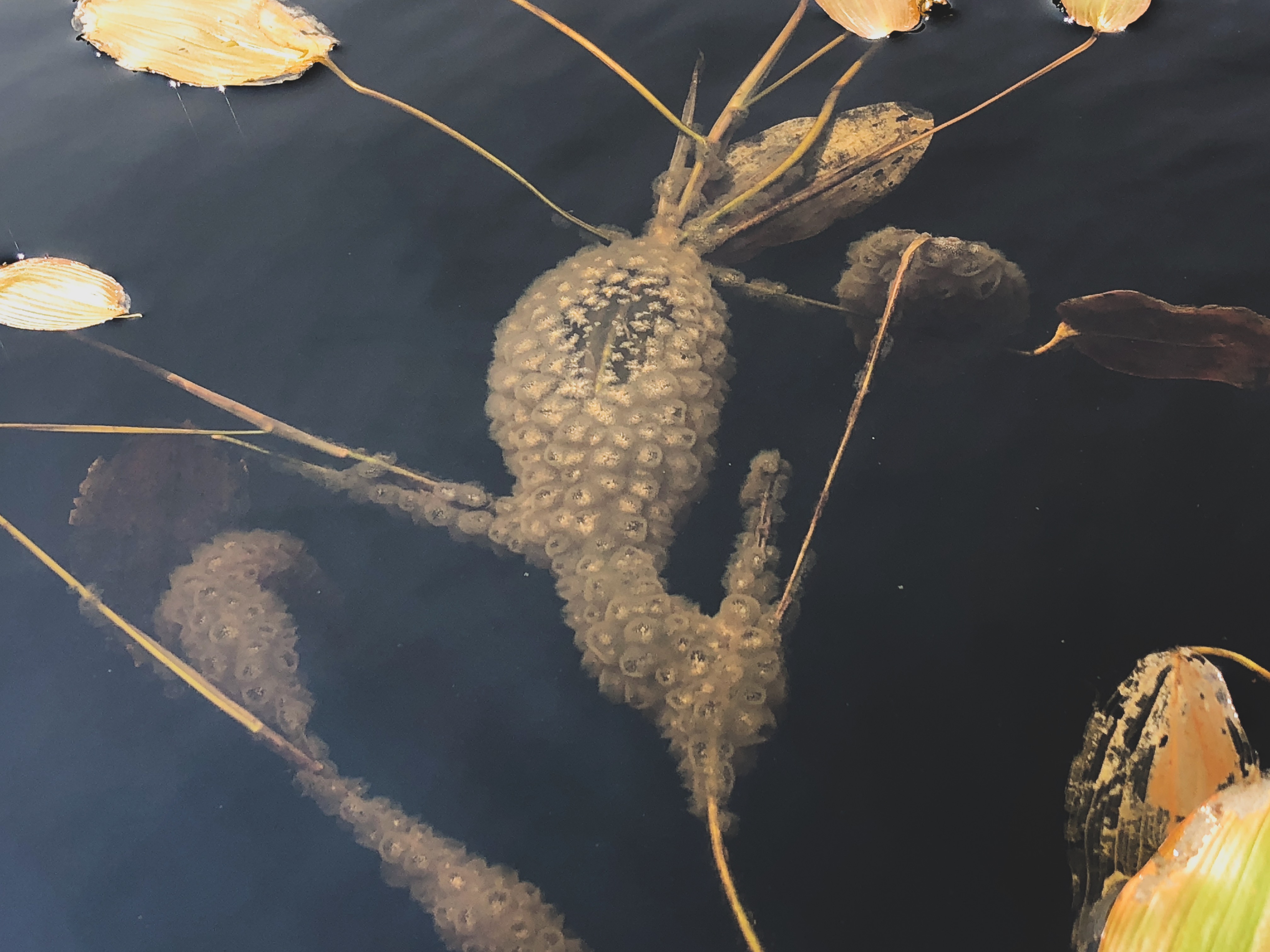 Some zooids are specialized for feeding, others, some argue, for defense, such as the avicularia where the feeding structure is replaced by one resembling a beak of some sort meant for snatching at potential predators and offenders. (hence the avi- part of the name.) Charles Darwin apparently thought the structures looked much like the neck, head, and beak of a vulture.

Then there are the vibracula which may also aid in defense, but also play a role in mobility of the colony, helping them to “walk” using a long modified bristle.

There are also the kenozooids which contain only the body bit (the cystid) and serve as a structure upon which other colony members can anchor to expand “their” overall size or to change direction. And of course, who could forget the spinozooids which, you guessed it, have defensive spines, or the gonozooids (like gonads) which house the precious fertilized eggs which will one day make up the new “body” of the same colony.

These colonies range greatly in size. Some of the largest we saw while out in the canoe were easily as large as a fully expanded plastic grocery bag. The one in the featured photo, if you look close enough, you can see a fairly large fish—dead, of course—trapped inside. Jim Halpert would be proud.

Introduction to the Bryozoa. (n.d.). Retrieved from http://www.ucmp.berkeley.edu/bryozoa/bryozoa.html

5 responses to “ATTACK OF THE BRYOZOANS”