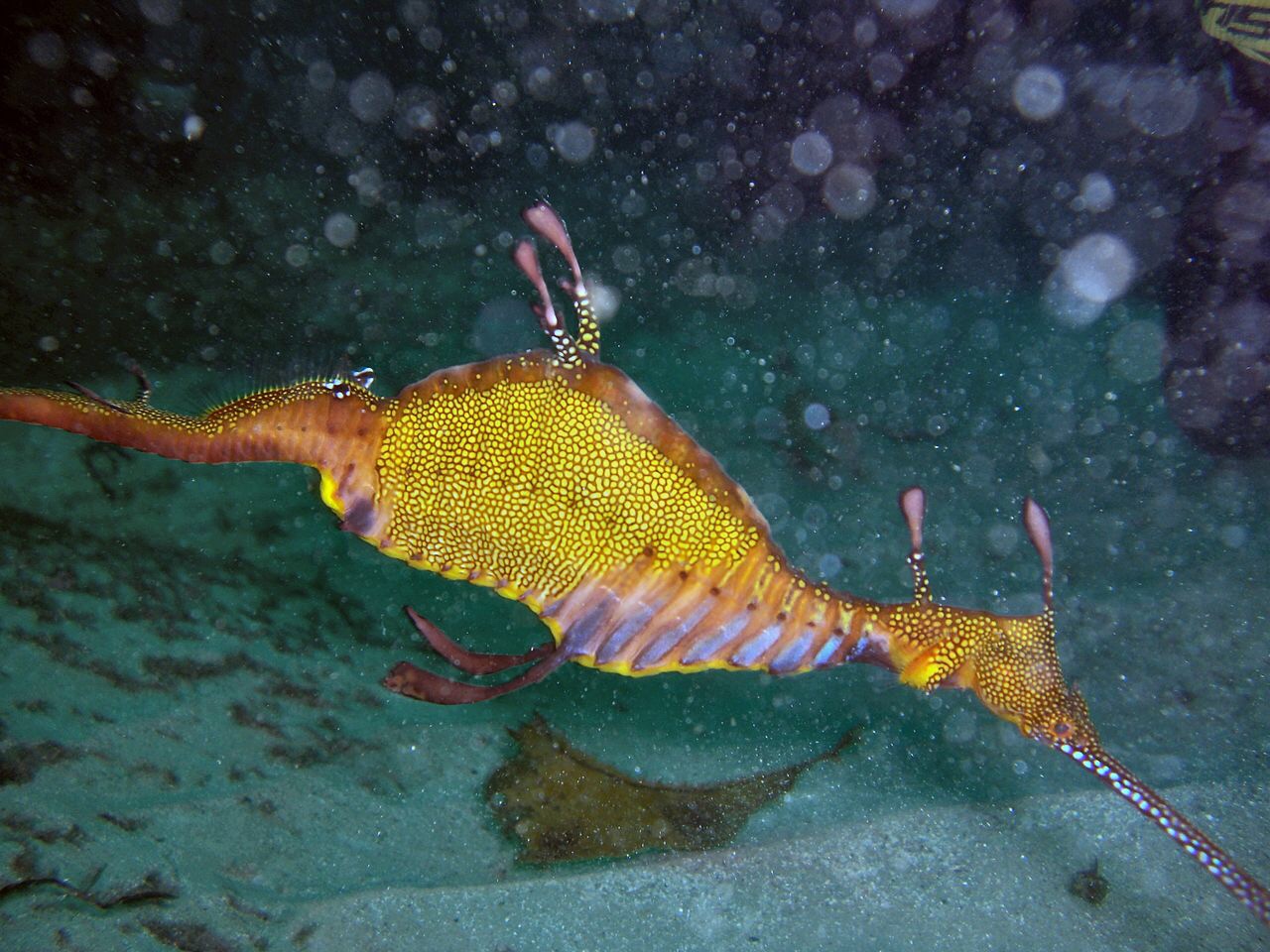 While it may be a dragon by name, the Common Sea Dragon is no more a dragon than a sea horse is a horse. One, it would be impractical to breathe fire under the ocean—on second thought, perhaps they do and we just never see it because the mighty sea extinguished the flame. 🤔

Perhaps the most distinguishable traits other than its oddly contorted body and nose that grows with each lie they tell (naughty little creatures), are their leafy-like appendages which resemble kelp, and their coloration—red, pink bodies with yellow and purple markings. It is strange to me to spend so many generations being naturally selected for leafy appendages to help with camouflage, but to, at the same time, come out looking like a Pokémon clown. But, who am I to judge?

It’s range is limited to down under the land down under. You might think that works like a double negative. It does not. Instead it lives in the coastal waters at depths of up to 160 feet between Port Stephen of New South Wales, Australia on the western side, to Gerladton on the eastern side, and down around Tasmania. As you may have guessed, they aren’t just swimming about. What good would their camouflage be then? It’d be like wearing full hunting camouflage and face paint to blend in at Target. Instead, they spend the majority of their time in rocky reefs and sea grass meadows.

Looking at the Common Dragon Fish, it’s a wonder they can move at all. In fact, they hardly can—at least not in a way that gives you solace enough to not suspect they aren’t just drones put in place by the Australian government. They mostly drift, saying “Don’t look at me. I’m just a swaying piece of kelp, dressed as a clown.” They have a prehensile tail like a possum which they use to clasp onto anchors and, you guessed it, drift a lil bit.

As miraculous as it is, they do eat things—mostly zooplankton and super tiny crustaceans by sucking them up in their tube faces like a mini-vacuum with a whole Dragon Fish attaches to the other end.

When you look across the animal kingdom, there is one thing that you are more often that not guaranteed to see—dead beat dads. However, the male Common Sea Dragon is anything but! The female will lay nearly 120 eggs onto a patch on the males tail. The male, then does the fertilizing and carries them around until they hatch, at which point they are entirely self-sufficient. So, I guess the dad doesn’t really do that much, either…