This #WildflowerWednesday, we take a closer look at one of my personal favorite of the early spring and summer wildflowers. The Hoary Puccoon (Lithospermum canescens), is a perennial herb native to North America which blooms between April and May. They grow throughout much of the Midwest and eastern US, reaching heights of up to 18 inches—though a shorter stature is more common.

The flowers grow on single stalks in the axils of 1 to 3 branching points at the top of the stem. The orange-golden flowers are roughly ½ inch wide with 5 rounded petals.

The common name “hoary puccoon”, like many common names, is both descriptive in nature and cryptic. By that, I mean, many common names are simply combinations of various adjectives, yet they are adjectives whose meanings are not commonly known. In this case, “hoary” references the short, white fuzz on the plant, as hoary also means “white or grey with age (think hoarfrost). You can see this fuzz in the picture below. The word “puccoon” comes from a Native American word simply defined as “a plant that yields a pigment”. 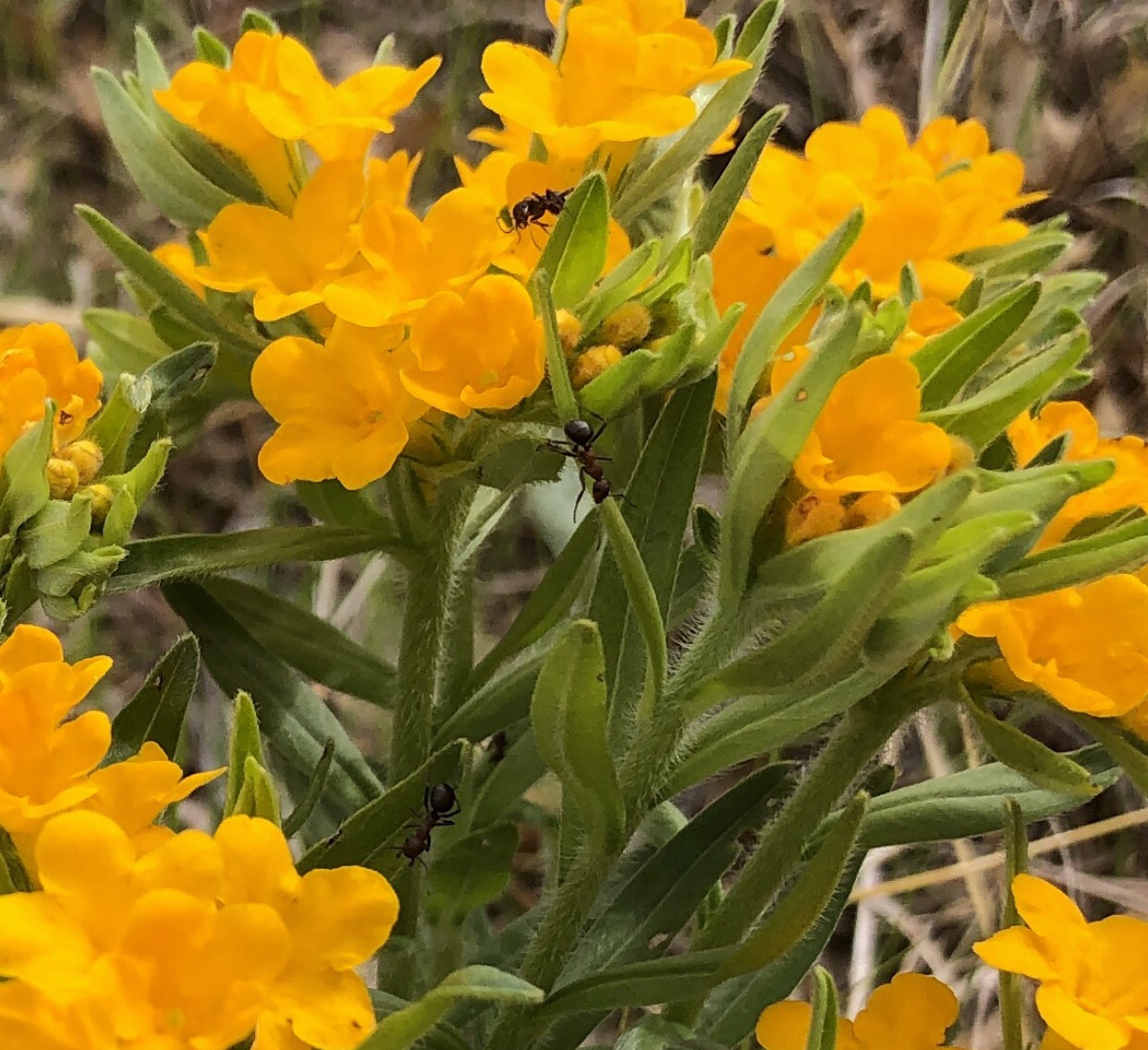 The taproot of this plant makes a reddish purple juice, similar to that of beets, and Native Americans used to chew it with their gum to dye it red. Aside from its use as a dye, it was also used to treat asthma.

This plant prefers sandy soil and prairie, though it may grow in open woods and edges, as well.

In the picture above, you can see ants meandering around the plant. It certainly is popular with many pollinators, typically bees and butterflies, as well as some beetles. As for the ants, I cannot say with any certainty what they are doing. Perhaps they are serving some purpose; perhaps they are just chilling.