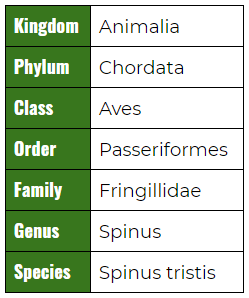 A few days back while at the park with my son, we were sitting beneath a shady cedar tree watching a family of Canada Geese graze in the grass when, from above, came a familiar summer song— po-ta-to chip, po-ta-to chip. Just then, a pair of birds, one a vibrant yellow and the other olive-yellow in tone and lacking the trademark black mask, dove out of the tree. The skimmed the surface of the grass below as the made their way to a tree across the path with a bouncy undulation like that of a beating heart. They were a male and female American Goldfinch—presumably a breeding pair. One indicator of their pairing was their nearly identical call in flight. 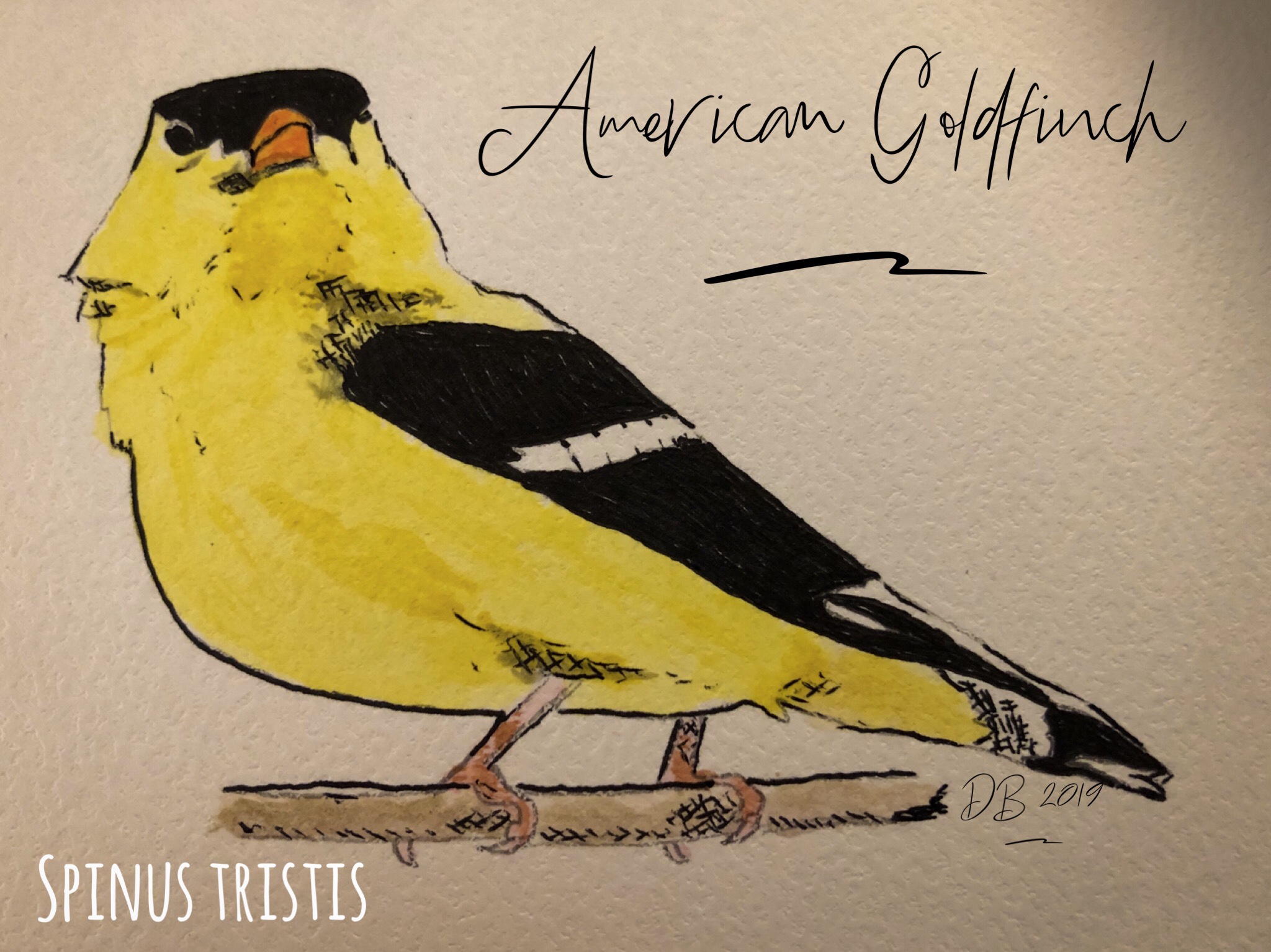 The American Goldfinch, like so many birds, is sexually dimorphic, meaning that the males and females exhibit different color patterns. If you know anything about birds, you’d likely assume the male is the more vibrant. You’d be right! This palette difference doesn’t last all year, however. These birds molt twice per year, meaning that in the winter, the males look quite a lot like the females. When in full color, the vibrancy can be quite striking. The golden feathers and sunset orange beak are the result of carotenoid pigments acquired from their food. (Just for a moment, imagine if you turned color based on what you ate.  Uhhhh, no thank you.) As summer ends, the American Goldfinch undergoes yet another molt, losing its vibrancy in favor of a drab, dirty-yellow dress.

As you might assume, the females usually go for the most vibrant males. Why? The theory here is that, in doing so, they are inadvertently also choosing the most successful males in terms of ability to gather food. After all, the most colorful must be the most healthy. I say ‘inadvertently’ for one reason: the females likely have no concept of health or how Stan over here must be a good mate because he clearly knows where to get the goods. Maybe she just likes orange and yellow? Maybe she just wants her man to look good? That’s an evolutionary debate for another time.

The American Goldfinch is quite abundant as compared to some other species and can be found throughout much of North America, certainly the US, depending on the time of year. In general, with the exception of those who stick around parts of the western US, the Midwest, and east coast, this finch will spend its winter months in more southern areas and summer months farther north—just like you would if you had wings and no responsibilities. This is especially important when you take into consideration what their preferred habitats are and their primary food sources.

In the summer months, this stick of butter size bird can be found plains, fields, the edges of some forests, and right at your bird feeder. Their diet is one of the most strictly vegetarian of song birds, eating almost entirely grains—a fact you can see right on the face of this bird by its conical beak structure. Two such grains are the seeds of milkweed or  the thistle seed. Having a diet dependent on plants means you must travel when those seeds are accessible and available. This may sound like a hard life, but it does come with some added benefits. For example, their seed-filled diet protects them from brood parasitism. Some birds, like the Brown Headed Cowbird, will lay their eggs into the nest of another bird and leave them there, tricking the mother of that nest into taking care of their (Brown Headed Cowbird) egg. However, the solely-seed diet isn’t sustainable enough for Brown Headed Cowbird hatchlings…

Speaking of breeding and nesting, the American Goldfinch is unusual in its timing—often not until late June. But again, this is believed to be related to their food source.  The flowering of the thistle occurs just before the begin nesting in the summer months.  Because of the late timing, it is most common that a goldfinch pair will have just one brood of 2 to 7 eggs per year, incubating the nest for nearly two weeks. However,  every so often, the female will ditch the male with the eggs, leaving them in his care, before going and finding a new man. Kind of messed up, but sometimes it be(ak) like that.

Want to see more American Goldfinches at your bird feeder? Check out how to safely do so here.

2 thoughts on “The American Goldfinch”