It’s #ThursdayBirdsday! This week, it’s time to bust some myths, bow down in awe, and learn something new about the big birds that look like emus. (Rhyming was the only reason for that last bit and I don’t regret it.)

You’re probably wondering why the ostrich in the main image seems so shocked. Well, then you haven’t heard! A discovery has hit the news today of a flightless bird 3-times the size of a modern ostrich, weighing as much as a polar bear, which roamed Europe 1.8 million years ago. Despite their enormous size, the leg fossils—a femur, actually, discovered in a cave which was once an ancient hyena den—indicate it could still book it like no other, which is, like, insane. You can read the full research paper here.

But today, we are here to talk about the current biggest bird outside Sesame Street—the ostrich. All in all, ostriches themselves are pretty cool. Not only are they the fastest bipedals on earth reaching speeds of nearly 45 mph, but they’re also the largest extant (currently living) birds—reaching up to 9 feet tall. For reference, Yao Ming is 7’6″. Kevin Hart is 5’4″, so you could basically think of Kevin Hart standing on the shoulders of another Kevin Hart and they’d be just barely taller.

These fellas look like something out of Jurassic Park, which isn’t much of a stretch to say considering the visual effects folks working on Jurassic World used ostrich movements as the basis for the velociraptors.

Oh, and since you’re here anyway, let’s bust a myth: ostriches don’t actually bury their heads in the sand. That would just be silly.

Ostriches belong to the family Struthionidae. There are actually two living species, the Common Ostrich and the Somali Ostrich, but the Common is, well, much more common.

Some other fun facts: ostriches mainly eat, and prefer, plants, but they will also eat reptiles, rodents, insects, snakes, and small children. Okay, maybe not small children, but I had you there, right? Also, ostriches don’t biologically need to drink water! They do, but mostly because they can. I like to think of it as a sort of flaunting of status to other ostriches. Like, “I don’t even need this but look how cool and hydrated I am anyway”. That isn’t what they’re doing , though. Where do they get their undrunk water? From their food, of course.

In an actual flaunting, the males have a very alluring dance they do to win over the ladies—if by alluring you mean ridiculous and awkward. I once had a video of it on YouTube set to Right Thurr by Chingy, but not anymore. This will have to do.

Speaking of reproduction, I will never forget the first time I saw a…male ostrich genitalia. It scarred me deeply. Mostly, it caught me of guard completely—and for good reason! You see, of the nearly 10,000 existing bird species, less than 3% of them have males with penises. Most birds have what is called a cloaca, the latin root meaning meaning “sewer” or “drain”, which is super gross in and of itself. The cloaca is basically the singular opening through which everything is done. In fact, most birds reproduce by doing something called a “cloacal kiss”, during which they sort of bump cloacas to pass along sperm to the egg. Ostriches, on the other hand, have a what I like to call a “butt-tongue” because that’s exactly what it looks like. It actually has an extraordinary interesting evolutionary history if you’d like to read more.

Once the deed is done, a nest is formed right on the ground where the female will lay some absolutely enormous eggs at nearly 6 inches and 3 pounds. One nest, or “dump site” as it is so lovingly called, can contain up to 60 of these humongous eggs!

After nearly 60 days of incubation, the ostriches will hatch and begin their weird and wonderful journey of life for as long as 75 years. If you’ve never seen a baby ostrich, you haven’t truly lived yourself.

As an added bonus, if the thought has ever crossed your mind of if an all ostrich boy band existed and then decided to split up and then one of the members decided to come out with an experimental solo album, what the cover of that album would look like—it would look like this: 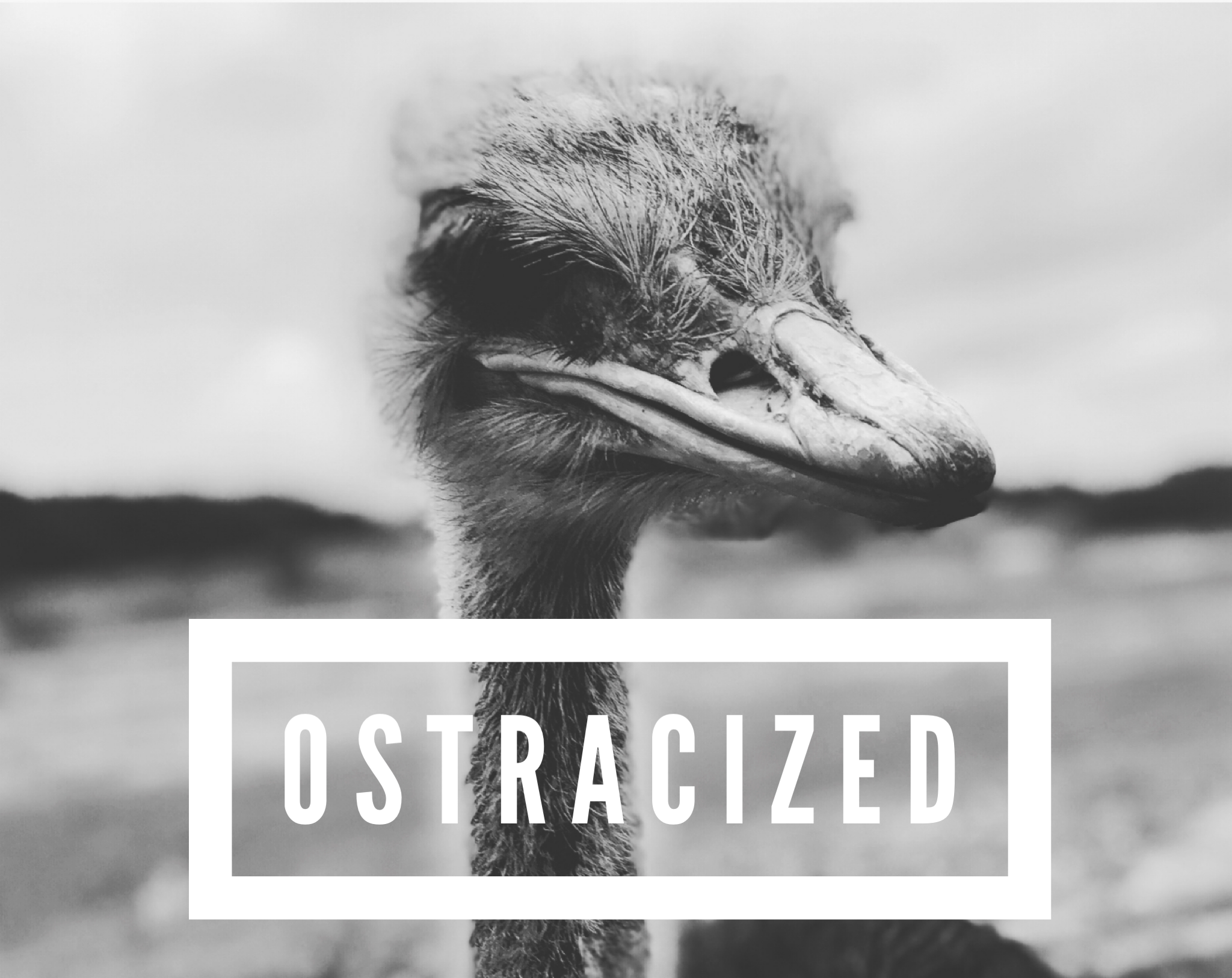 2 thoughts on “Get your head out of the sand! Ostriches are actually pretty amazing.”