This past weekend as I sat below an old oak tree while drinking my morning cup of coffee and looking out on a glassy Lake Darling in Alexandria, Minnesota, something fell from the sky and landed at my feet. Small and curled up like a slightly puff green and yellow sour gummy worm. It’s face made it look like a Pokémon, or like one of those smiley face antenna toppers. Two hours later, another fell in the same exact spot. If I didn’t already know what it was, I would think it was a caterpillar of some sort. 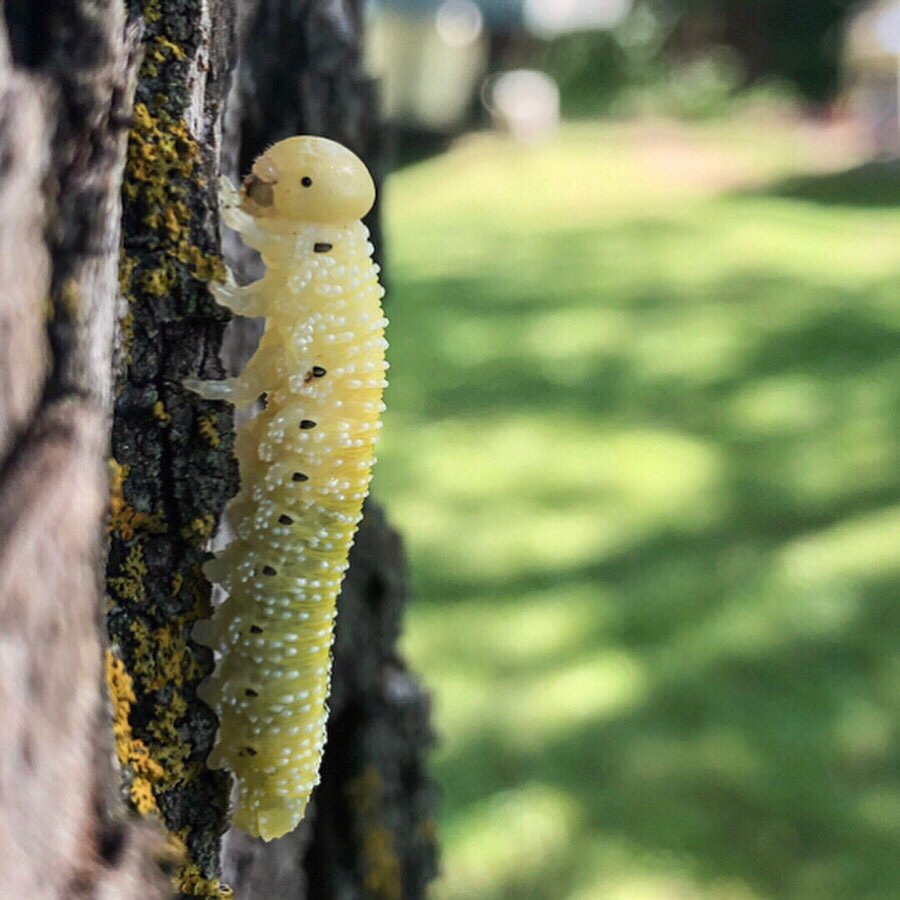 It’s adult form is even more deceiving. Last summer my mother in-law killed one on the very same patch of land worries that it was a wasp of some sort. It was then that I first looked into it’s true identity and also happened across the first larvae of the species that I had ever seen.

This little critter is none other than the Elm Sawfly (Cimbex americana). Larvae of this species can range from this yellow and green color to a sort of orange and pink tone and are distinguished by being the largest of the sawflies with a bold black stripe that runs vertically down its back, though the latter is more rare.

But what is a Sawfly?

They belong to the suborder Symphta of the overall order Hymenoptera—the very order that bees, ants, and wasps belong to. Now, you may have noticed how very wasp-like these critters look. Is it some form of mimicry? Not likely considering sawflies predate wasps evolutionarily a roughly 250 million years old. The name Sawfly is given to them based on the saw like structures on their ovipositors, specialized syringe-like appendages used to cut into stems and leaves to inject their eggs. Despite their fierce look, they do not sting.

There are nearly 8000 species of Sawfly sound the world, and most of them are herbivores, feeding largely on pollens and nectars. The one I had an encounter with is the largest Sawfly species in North America at roughly the size of a fun-size Snickers. Those adults, however, like most insect adult stages, are very short lived. We’re talking less than a week—just enough time to reproduce and lay eggs. 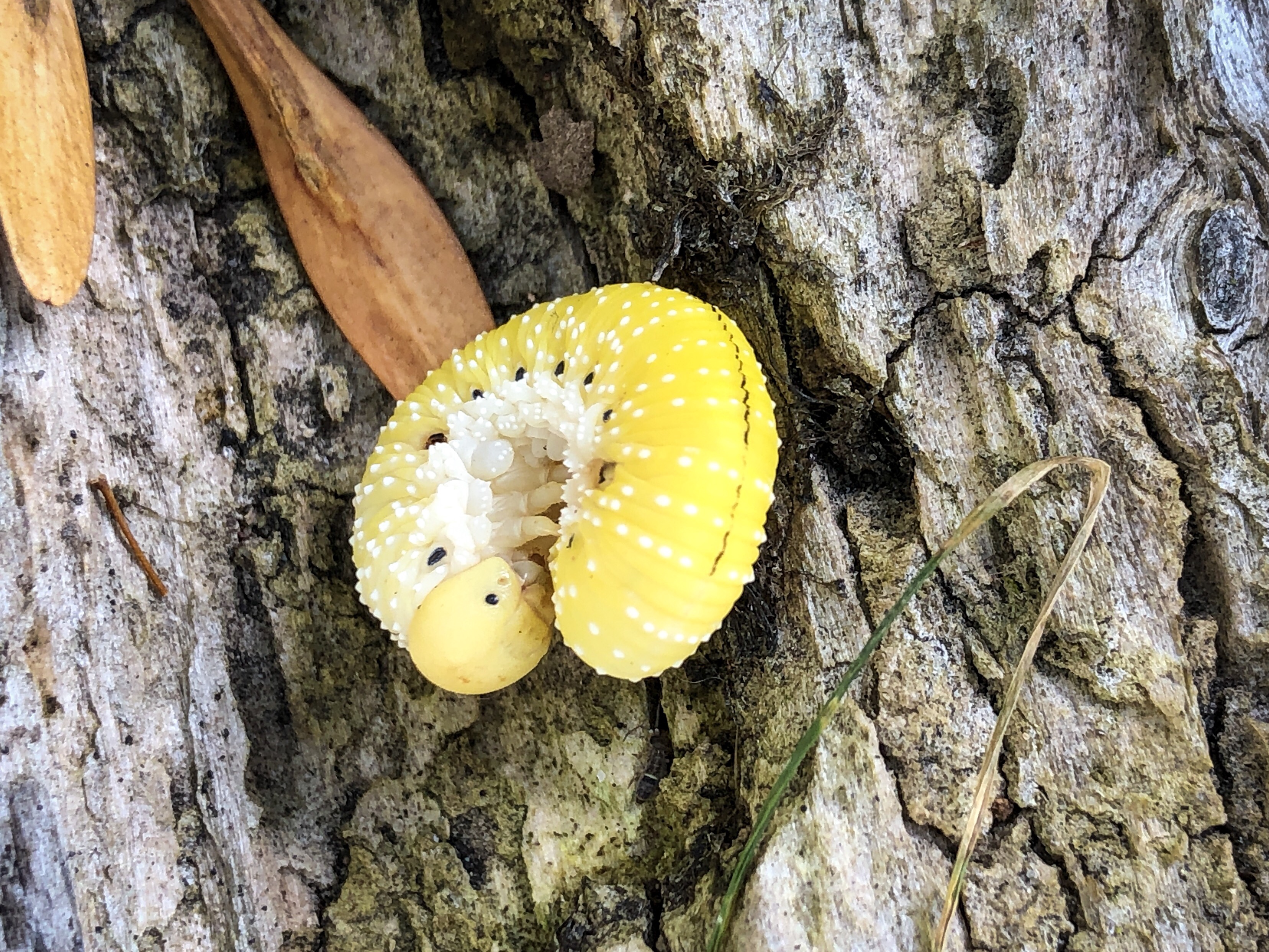 The eggs are injected into the stem or leaf of whatever the particular host may be in clusters of nearly 50 eggs each where they form a sort of gall. The host may very depending on the species. In the case of the Elm Sawfly, Elm is presumed to be the tree of choice—a once common neighborhood tree before the rise of Dutch Elm Disease—but other hardwood species and willows may be selected as well. After hatching 1-2 months later and feeding on the leaf, they will either pupate in the soil or in a cocoon (depending on the species) on their journey into their brief adulthood before beginning the cycle anew. In the case of the Elm Sawfly, they drop from the tree to the soil where they curl up and complete their metamorphosis overwinter, which is exactly what the two were doing this past weekend st the lake!