When most people think of Australia, their mind conjures up images of a Mad Maxian landscape—brick red sand blemished with gray-green freckles of saltbrush. Standing tall in a rigid defiance, the occasional gum or eucalyptus serves as safe haven for koalas and kookaburras under a big hard sun. Maybe they think of the Great Barrier Reef, or, depending on their exposure to pop culture, kangaroo’s named Jack, Crocodile Hunters and Dundees, and P Sherman 42 Wallaby Way, Sydney. 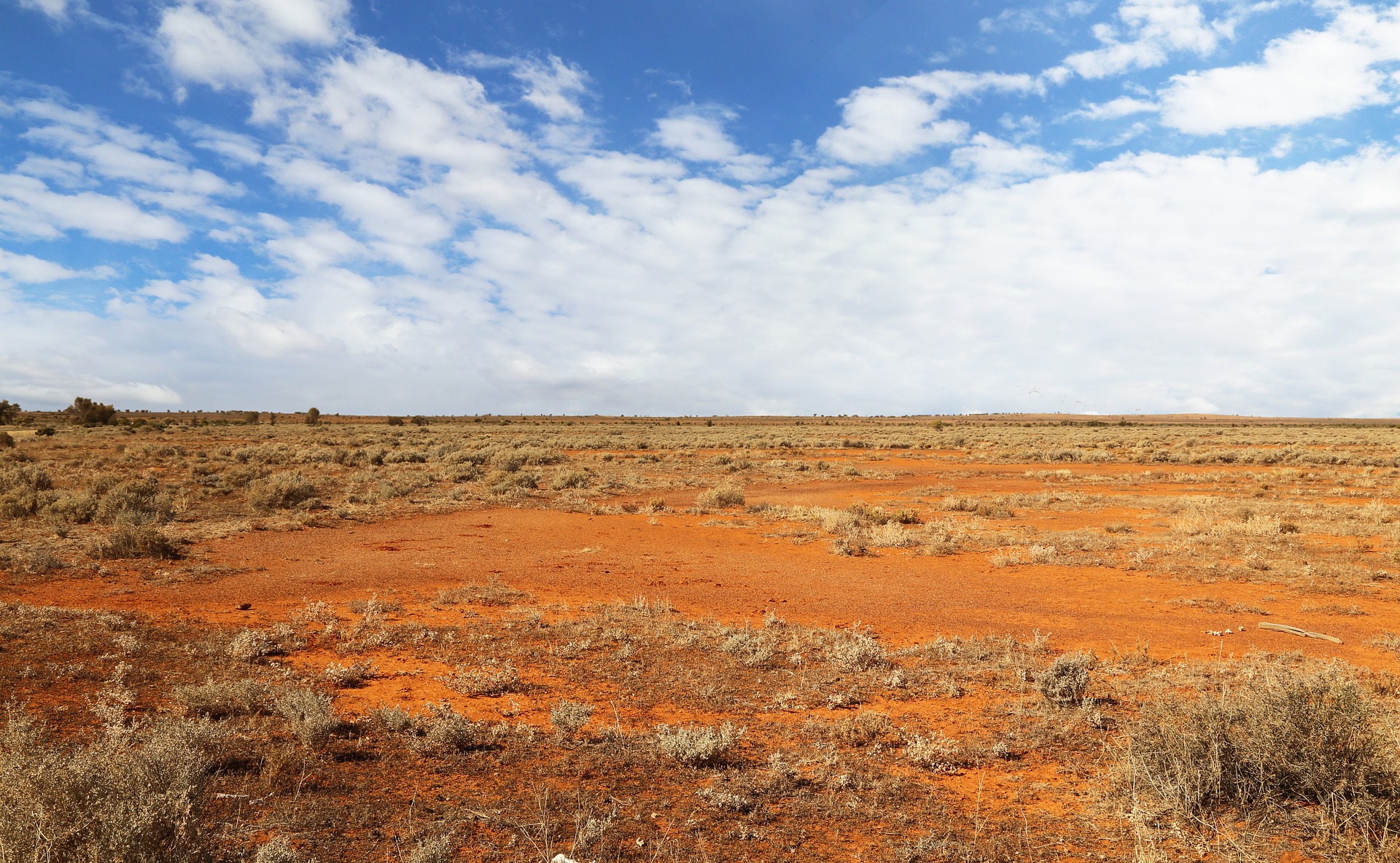 Me? I think of life. I think of lush green eucalypt forests where trees stand like spires piercing through the thick tropical air. I think of cushions of moss blanketed by aromatic leaves. I think of my home. It’s a beautiful place, though I don’t go out much.

Our house sits in a clearing—it has for about 40 years. The old tenants made a lot of renovations, adding in tons of new hallways and crawl spaces. We rent out some of the space. Well, we more so just tolerate select guests, but it’s totally okay because there’s plenty of room for me and my family—all 14 of us. My second cousin and his family live nearby…idiots. A few weeks back, we crossed paths with one of them while out for an evening snack run and laid a beat down like you wouldn’t believe. They’re total jerks. Like, seriously, I hate them. I just want to spit in their stupid faces! 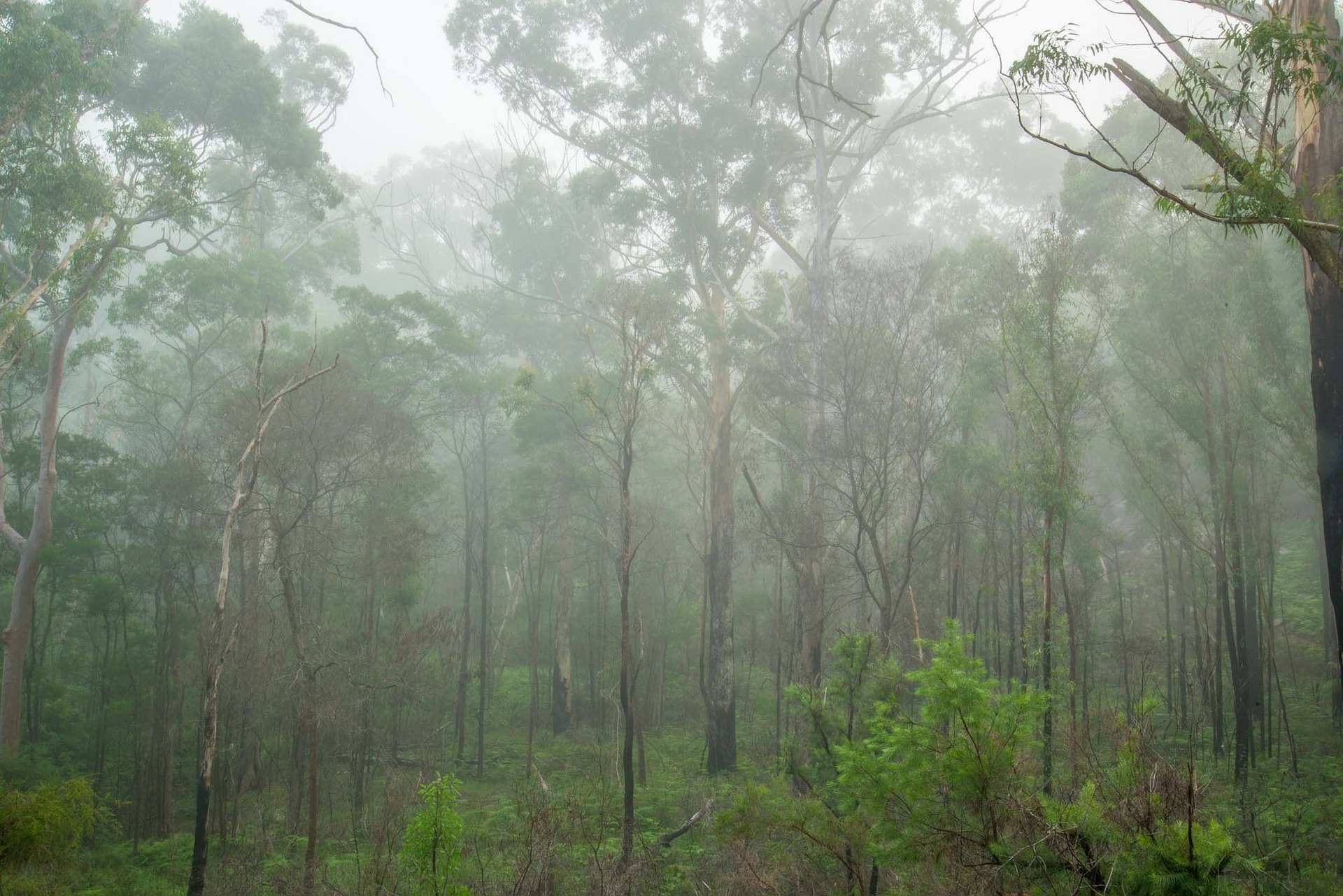 Anyway, where was I? The house. The roof is covered in moss and the walls grow softer by the week. The whole place is just rotting away. It’s perfect. I couldn’t ask for a better log.

My youngest brother, Rollie, won’t get off my back, but that’s just because he knows I’m the one in charge around here. Robbie and Charlie? They never seem to get the message, or at least they always seem to need a reminder. Our relationship is one built on fear and respect, really. I chase, they run. If I catch them, they’re gonna get bit. I don’t necessarily want to. I mean, I’m not heartless. Heck, I never even wanted to be in charge.

My mom, her name was Bonnie, she died a year ago. I’ll never forget that terrible moment. We were are asleep when there was a sudden thud on the roof. It got closer. This pounding. I’ve never felt anything like it. We scrambled deeper into the hallways and crawlways. Somehow the sun found its way in through the roof. We were all so scared. I didn’t know what to do! Then, everything fell still. I scrambled through the group, reading their bodies like brail and picking up whatever signals I could. I found all but one. My mother was gone…

The whole group was in shambles. They needed a leader. Everyone came to me first, stroking my back with their antennae. It wasn’t the consoling kind of back rub. It was more…inquisitive. I remember my aunt insisting that she was the largest and therefore Leader was her rightful place. She wouldn’t settle until everyone had checked thoroughly. But here we are, so you know how that turned out. After that, everything changed. Folks paired off to form what we call aggregates. There’s Paul and I, my aunt and uncle, two of my sisters, and then all of my annoying brothers. 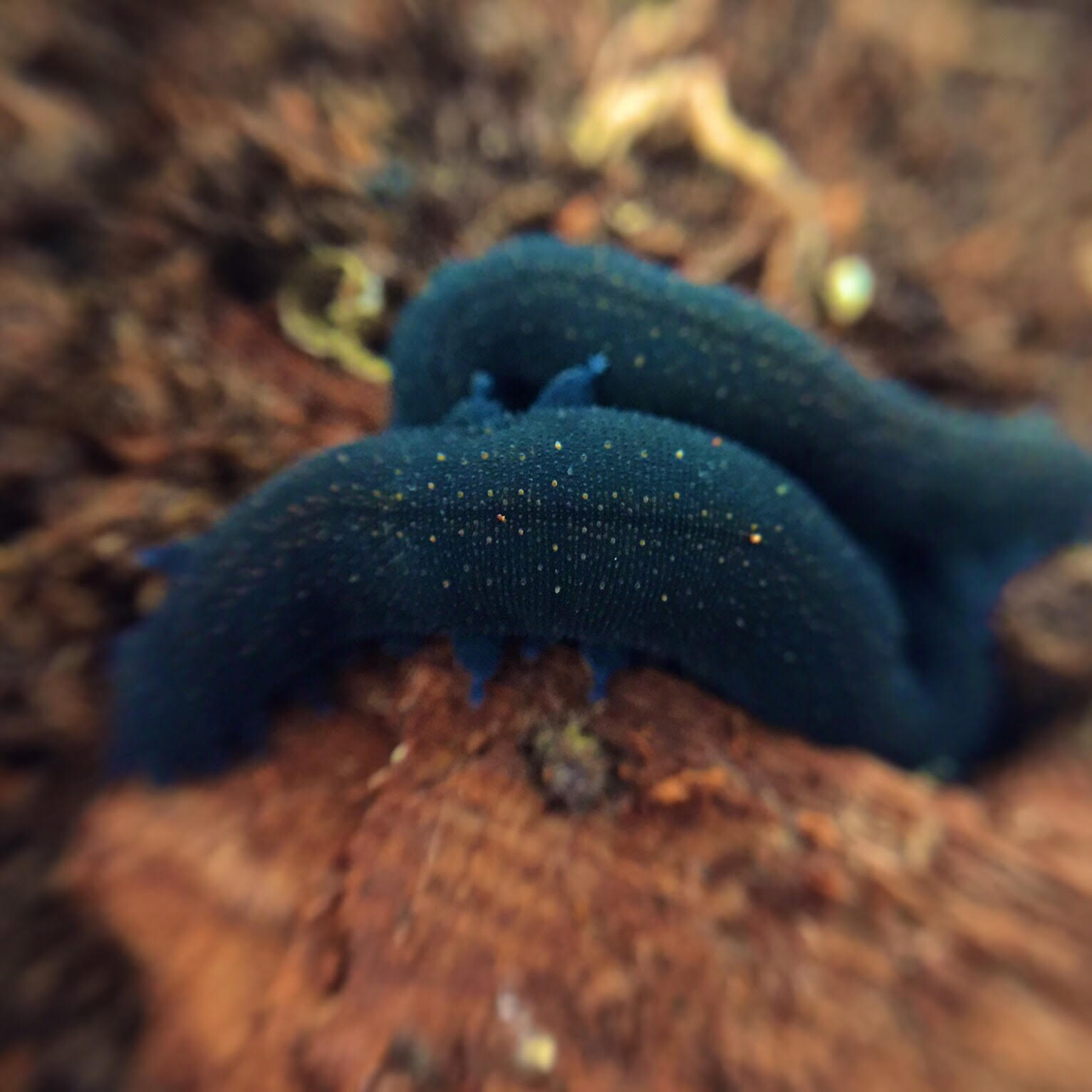 Life around here is pretty simple. Like I said before, we don’t get out much, but when we do, it’s usually to get some grub and we never go out during the day. I still remember our first hunt after my mom passed. I didn’t know how to lead. I remember sitting in my chamber when Paul came in, his long body bending around the corner, chest slightly raised. I couldn’t see him, but I could feel him, like the energy around me just changed.

“Well,” he said “it rained all day. The sun’s going down, and it’s been a few weeks since we all had a good meal. What do you say?”

I was nervous, reluctant, but my family needed me. They needed a leader.

You know those scenes out of movies where a group of friends walks into a room in slow motion, and they’re feeling themselves, and flipping their hair, and it’s, oh, it’s just awesome. I’ve never seen it, but I know a cockatoo who has seen that before through some humans window, and he said that is what we look like when we’re on the prowl. He also says that I look like a dismembered starfish arm, but I have no idea what that means.

We glide along the forest floor, with the same focus and control of an Amur Leopard. Our steady strut is the envy of nature documentarians around the globe. We bend around branches, and silently move along beds of moss on the pads of our feet, only retracting our claws when we need to get a grip. We keep our chests raised with the confidence of a croc as we stay in tune with every micrometer of our bodies, waiting to see the slightest variation in vibration or wind current to clue us in on the location of our months meal. 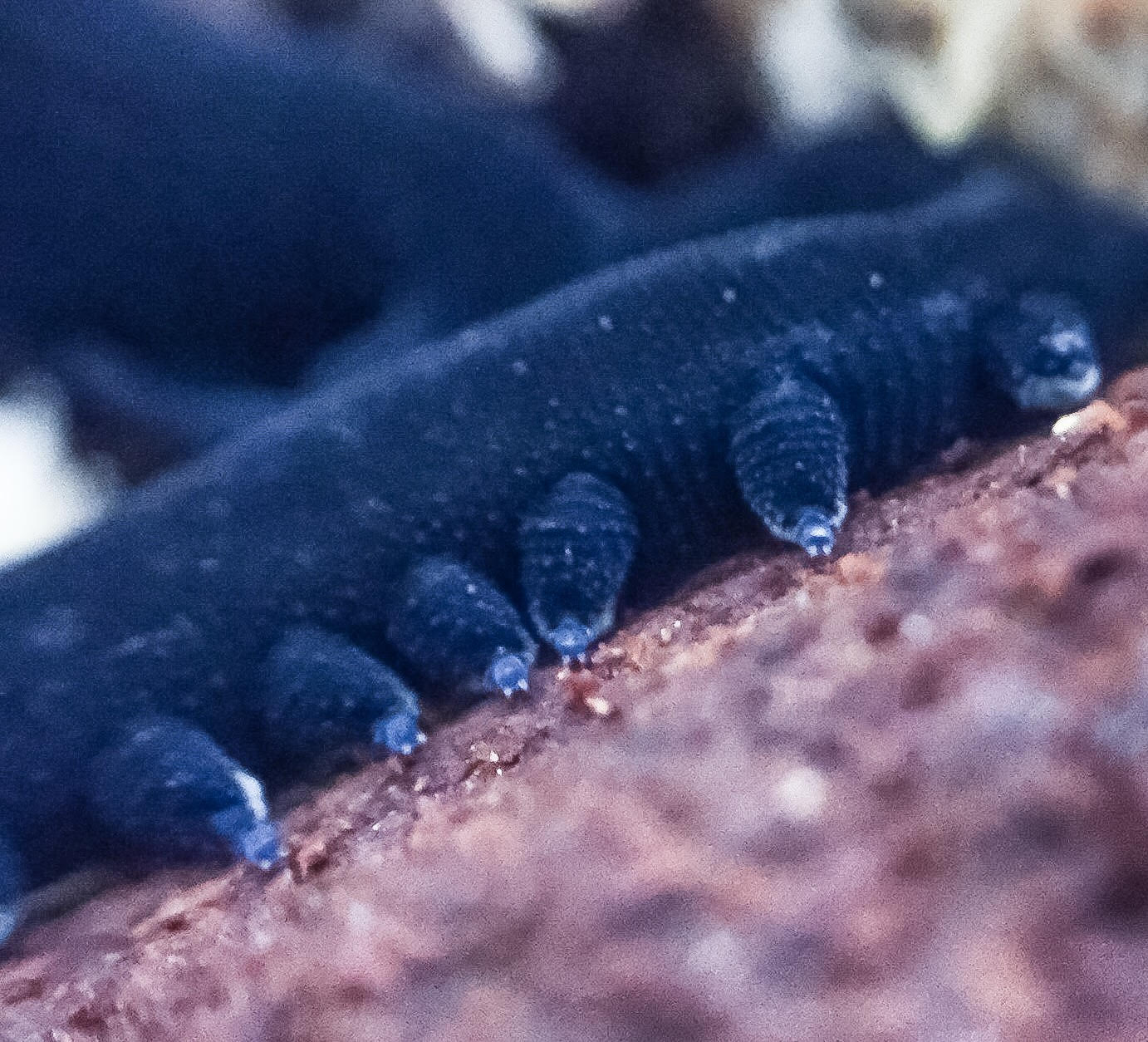 A millipede wraps its body in a corkscrew around a fallen branch an ants length away from me. This is my shot—my moment. It brushes my antennae. I raise up undetected, steady my aim, and….

Two streams unleash in full force, crossing paths and in their collision forming a wave of which there is no escape. My slime begins to harden as soon as it’s left. The cricket, easily twice my size, struggles to break free. It’s useless. The more he struggles, the more my trap serves its purpose.

A moment has passed, the millipede growing weaker by the second, and I’m just sitting there, fully expecting, hoping, that my mother will brush my side as she goes in for the kill. She always ate first. The leader always does, but she never comes. I make my move, feeling for a joint, or some other weak point in the milipedes armor plating. I find it and hone in! With a dagger like pierce I inject my saliva into the now lifeless body of the millipede which immediately begins its work of digesting its meat, allowing me to enjoy my dinner as a smoothie. While I wait, I quickly locate my slime and begin to eat whatever of it that I can. No one, espcially the leader, can afford to go slimeless. I return to the site of the fatal wound, form a seal around the opening, and enjoy my feast. Over the next hour, that’s what I do. My aunt and sisters circle nearby, waiting their turn. My brothers stay waaaayyyy back. They know better. Besides, they’ll get their turn. Later, Philip and I get close, cleaning our antennae with full bellies. 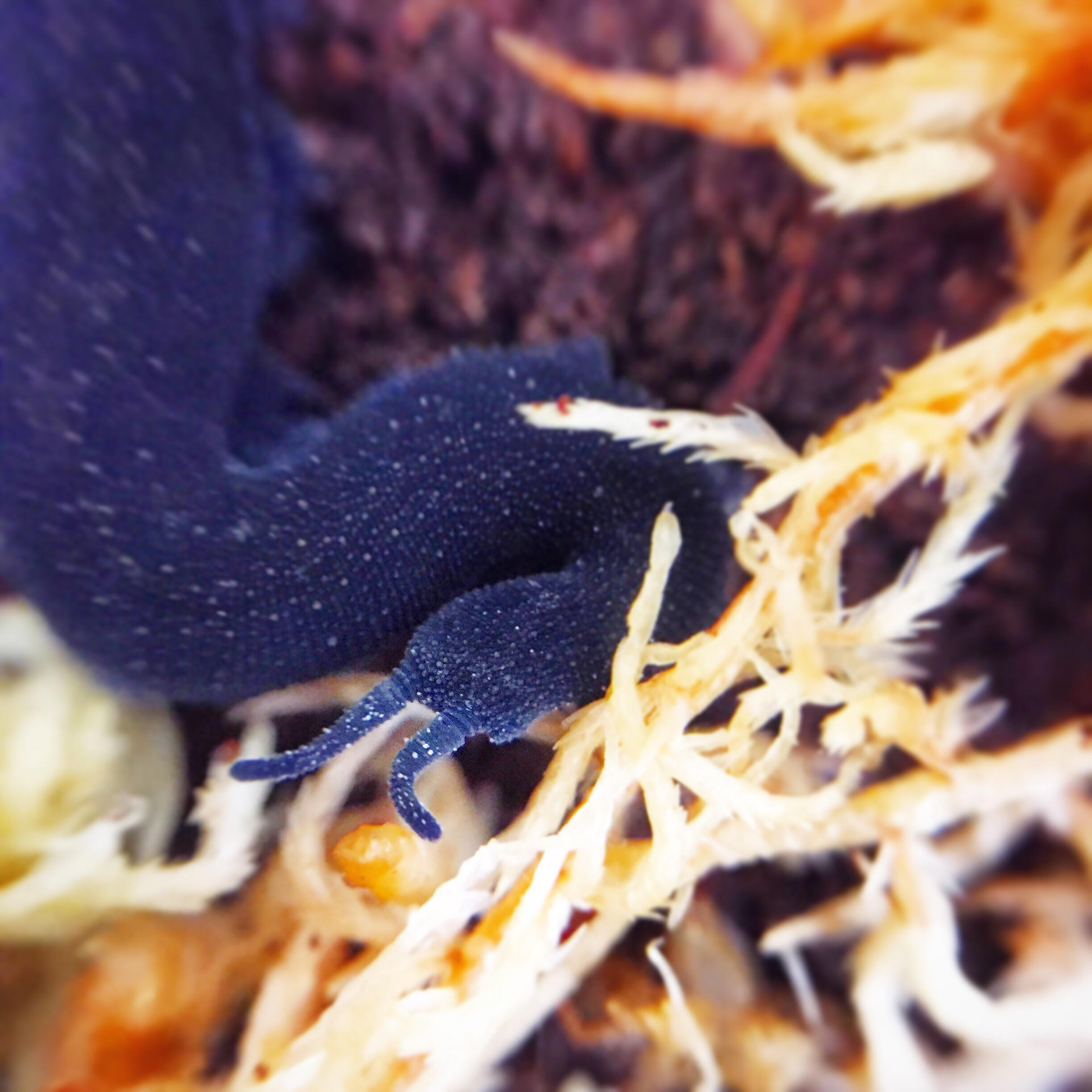 “You’re mom would be proud”

“I know”, I snarkily reply. I’ve never been one for modesty.

Later that night, we returned home. Weeks go by before anyone gets hungry. We spend time exploring the new renovations made by our termite roomies. Lord knows we can’t tunnel ourselves. The family has grown since then. Some of us have split off to new logs to start our own families, but this…this is my home….and it’s a beautiful place.