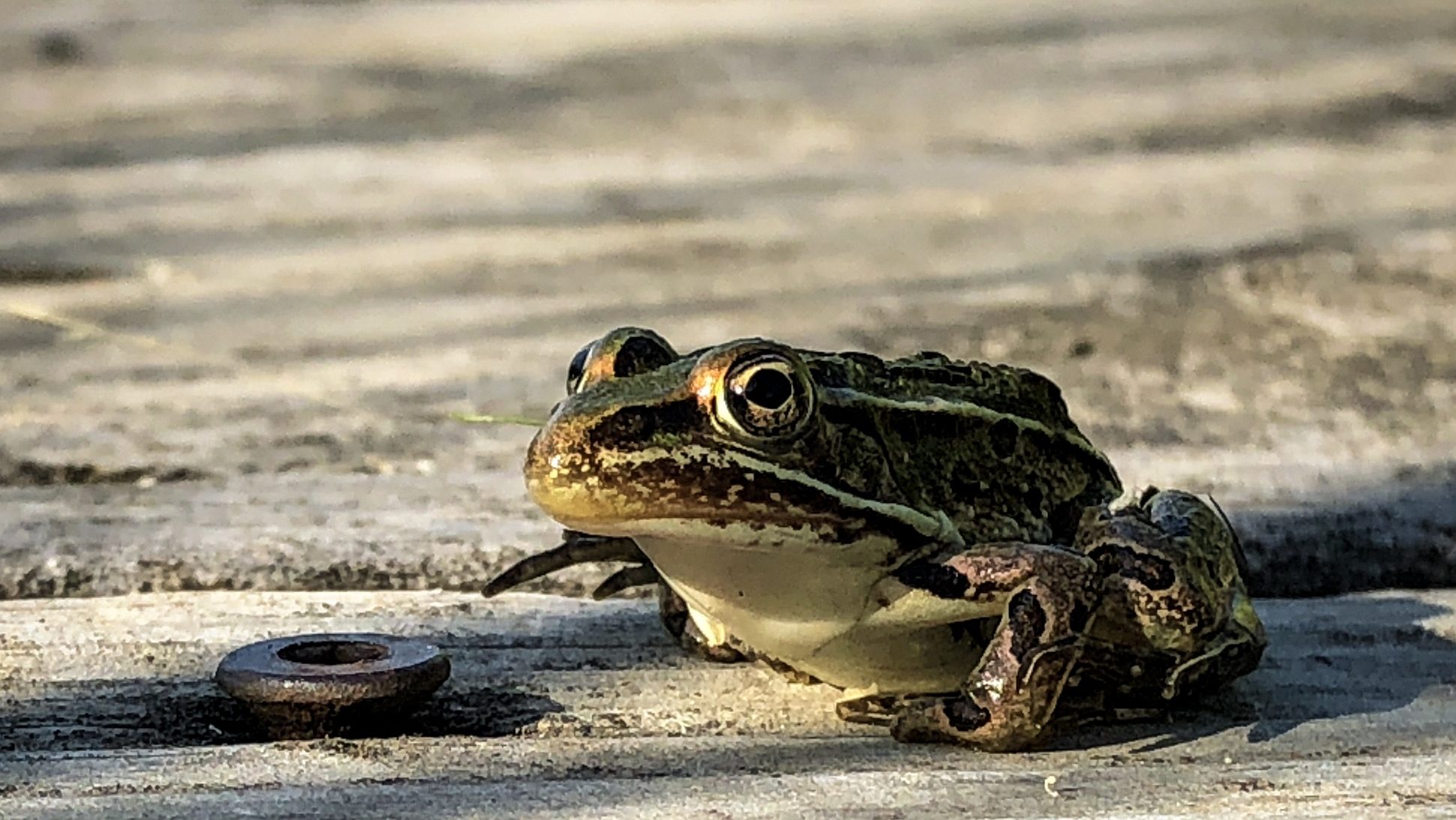 Or say “Alexa, play the podcast ‘The Wild Life’!”

To me, the chorus of frogs and toads is the song of the summer. It’s the sound that tells me winter is finally over, spring is in full-swing, that I can finally put away my coat, and spend the next few months in a constant state of blissful denial about the heat, humidity, and sometimes swampy cargo shorts as I sit next to an evening bonfire, entranced by the flames as I’m bombarded by the littelest of jerks—black flies—and millions, upon millions of mosquitoes.

Ahhh, summer. Don’t get me wrong, I love summer, but you have to admit that its kind of like when you wash a new hoodie that is super comfrtable and then you put it on and its ll scratchy inside, or like when you go to take a sip of your coffee and its ice cold, or its actually soy sauce.

Anyway, each year in Minnesota, I know I can look forward to the same cycle—well, not to be a negative nance but global amphibian populations are on a massive decline. So. maybe that cycle won’t be as predictable in the future— something we covered in depth in a previous episode called Canary in the Coal Mine.

14 species of toads and frogs grouped into three families: toads, treefrogs, and true frogs. Just as a fun fact: there are just over 4000-ish amphibian species globally.

But…wait a second? Minnesota gets crazy cold. Like throw boiling water in the air to make steam (or an emergency trip) cold. Like, shallow lakes and wetlands frozen solid cold. So, how in the froggy-hell do they survive the winter? I barely survive the winter! They have no fur, no heaters, no Netflix to binge watch The Office and pass the time, no hot cocoa, no sweatpants—omg can you imagine a frog in sweatpants? That’d be, like, the best. But seriously, how do they drink, breathe, eat, and avoid frostbite?

Take a listen to find out!