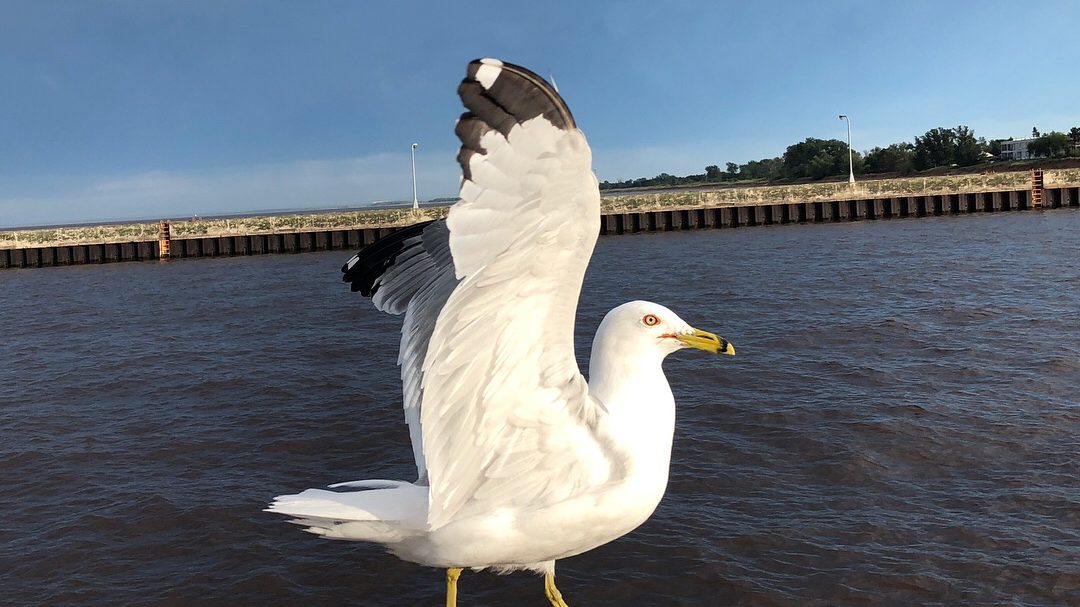 Why do seagulls love parking lots?

Most know them as seagulls, a name which implies a proclivity for life at sea. Yet this familiar moniker is neither accurate (scientifically speaking), nor seems to fall in line with a universal observation—gulls love parking lots, whatever their distance from the salty sea. But first, the name.

Now, it may sound pretentious to even address this, but the truth is seagulls aren’t seagulls at all. Nevertheless, their truest name isn’t all that far off—simply subtract sea and there you have it. There are over 50 species of gull around the world, all relatively similar in appearance and behavior, yes, but this is important because of the tendency to lump in other gull-like seabirds (albatrosses, terns, etc) into the same group—all of which are interesting in their own right and deserve separate recognition.

Regardless, why is it that gulls are so often found in parking lots, sometimes hundreds of miles from the nearest large body of water? It’s simple; french fries.

Just kidding, but fries certainly play a role—in a sense. Gulls are what we call opportunistic omnivores, meaning they are essentially living (literal) garbage disposals. Fish, insects, worms, rodents, fries, my brioche donuts, eggs straight from the nest, lizards, snakes, frogs, turtles, hamburgers, seeds, fruit, chips, garbage, crabs, other birds, the list goes on, all of which are equally as palatable—dead or alive.

This is factor one in understanding their propensity for parking lot loitering. Factor two is in the wide open spaces. Oceans, beaches, lakes, parking lots, roof tops, and the like all have one thing in common: they allow gulls to group up out in the open in such a way that gives them a line of sight on both potential food sources and potential predators. Wide open space makes a safe place.

One thing I didn’t mention is the Gulls beverage of choice—anything. But as far as water is concerned, they have evolved a fascinating adaptation which allows them to drink salt water. Gulls have what are called exocrine glands which are positioned in the supraorbital grooves of their skulls. Those glands function by excreting the salt directly out of their nostrils!

Gulls are like the Jurassic Park version of Velociraptors. They are intelligent, curious, cunning, communicative, and tend to display complex social behaviors which you may not expect from french fry guzzling “rats with wings” (as they are sometimes called). Like Crows, Gulls are known to mob predators or whomever else grinds their gears. I like to imagine they’d sound like 1930’s Italian gangsters if they could talk, but they can’t, so that’s neither here nor there.

Some Gulls, like the Ring-Billed Gull, work together to actively steal food from other birds and people with unattended picnic baskets—a behavior known as kleptoparasitism. Some gulls have even been observed to land on the backs of whales to hitch a ride and eat parasites and bits of the whales own flesh! Laughing Gulls are particularly infamous for their tendency to destroy the eggs of other birds nests which have had tremendous impacts on the success and presence of other species you might otherwise find along different beaches and shorelines. The Herring Gulls cleverness has been observed to extend to tool use, using other food as bait to catch small fish.

Gulls monogamously breed and nest on every single continent in large colonial groups, typically returning to the same nesting site every year after migration. While their love tends to be life long, there are the occasional break ups, though nothing nearly on the scale of Ross and Rachel. These ‘divorces’ aren’t super common and they tend to be followed by years of social blacklisting.