For Being Called the Least Weasel, it is so Extra

A few weekends ago, my family and I went hiking at one of our favorite spots in Central Minnesota, Quarry Park and Nature Reserve, an old granite quarry turned park in 1998. It truly is a wonderful place for day hikes and birding—boasting woodlands, wetlands, prairie, exposed bedrock, a Scientific Nature Area, and a surprising amount of prickly pear cactus within its 650+ acres. Of course, its most popular attractions are the two swimming quarries and rock climbing opportunities.

On spring and summer evenings, a constant amphibial chorus carries in the wind, wild turkey maneuver through the thick understory, deer dart across paths, and the drumming of Pileated Woodpeckers (aka, Minnesota Monkeys [here’s why]) echoes throughout the trees. The winter (as would be expected) isn’t nearly as lively.

On this day, we didn’t anticipate seeing much or being out for long—just a quick 3/4 mile loop. There is a spot near the prairie with a bunch of peculiarly round rocks covered in moss all piled near one another. Normally we walk right by them, but we have a toddler now which means those rocks are “trolls” and passing them is a sin. If you don’t understand how these rocks have suddenly become trolls, you clearly haven’t seen Frozen as many times as I now have—for that, I envy you.

Anyway, while checking out the trolls we were visited by this adorable, but voracious, little critter—the Least Weasel!

Don’t let that cute little face fool you. The carnivorous Least Weasel is fierce, eating up to 60% of its body weight in food per day. If I were to do that, I’d have to eat 56 large pizzas. To eat that amount means you have to kill a whole lot of prey, or have the ferociousness needed to take something down twice your size. Small rodents are the typical meal of choice, but frogs, birds, and rabbits are just as fair game for a hungry weasel. Honestly, if it moves it is fair game.

Consider them the Ewoks of North America. Seriously, these unassuming looking creatures tackle there prey, wrap their muscular tube-like bodies around their catch like a boa constrictor, and puncture the back of the head or spine. It doesn’t matter if the prey is two times, even ten times their size (like in this clip from BBC’s Life)! Anything left over gets stowed in a burrow cache, though weasels are also known to kill prey on a full stomach and store it away, just in case. In the winter, these basically serve as outdoor refrigerators, but their macabre collection often goes to rot in warmer months.

Don’t believe me? Check out this video of a weasel taking out a seagull in the middle of the water.

Of course, there is also this famous photo from Martin Le-May that went viral a few years back which unleashed a storm of internet memes. 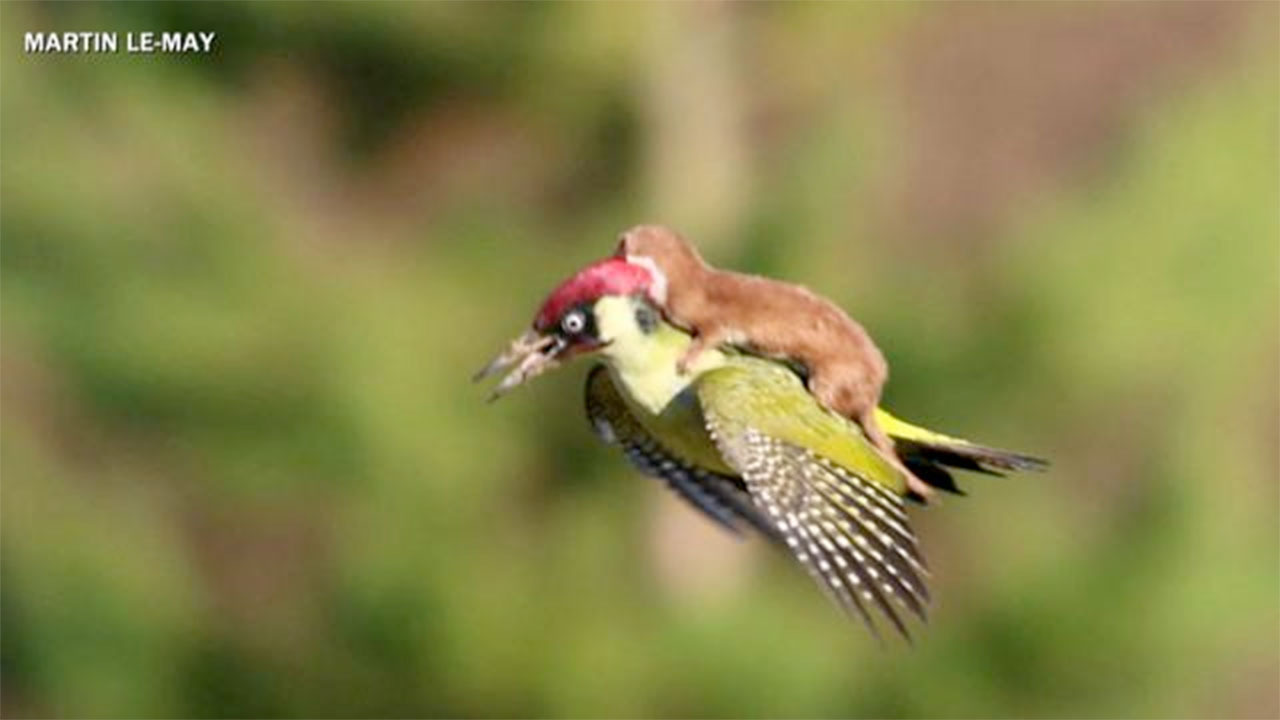 And then there’s the Weasel War Dance.

I had never seen one up close before. Its fur along its back was stained a chlorophic green, presumably from rubbing against the wet moss as it navigated the spaces between the trolls. Nose-to-tail, it was only around 7 inches long and couldn’t have weighed more than two ounces. Striking as it may be, the Least Weasels coat isn’t always this white. In the warmer months, the Least Weasel dons a golden-brown coloration on top with a yellowish white underbelly—like this! 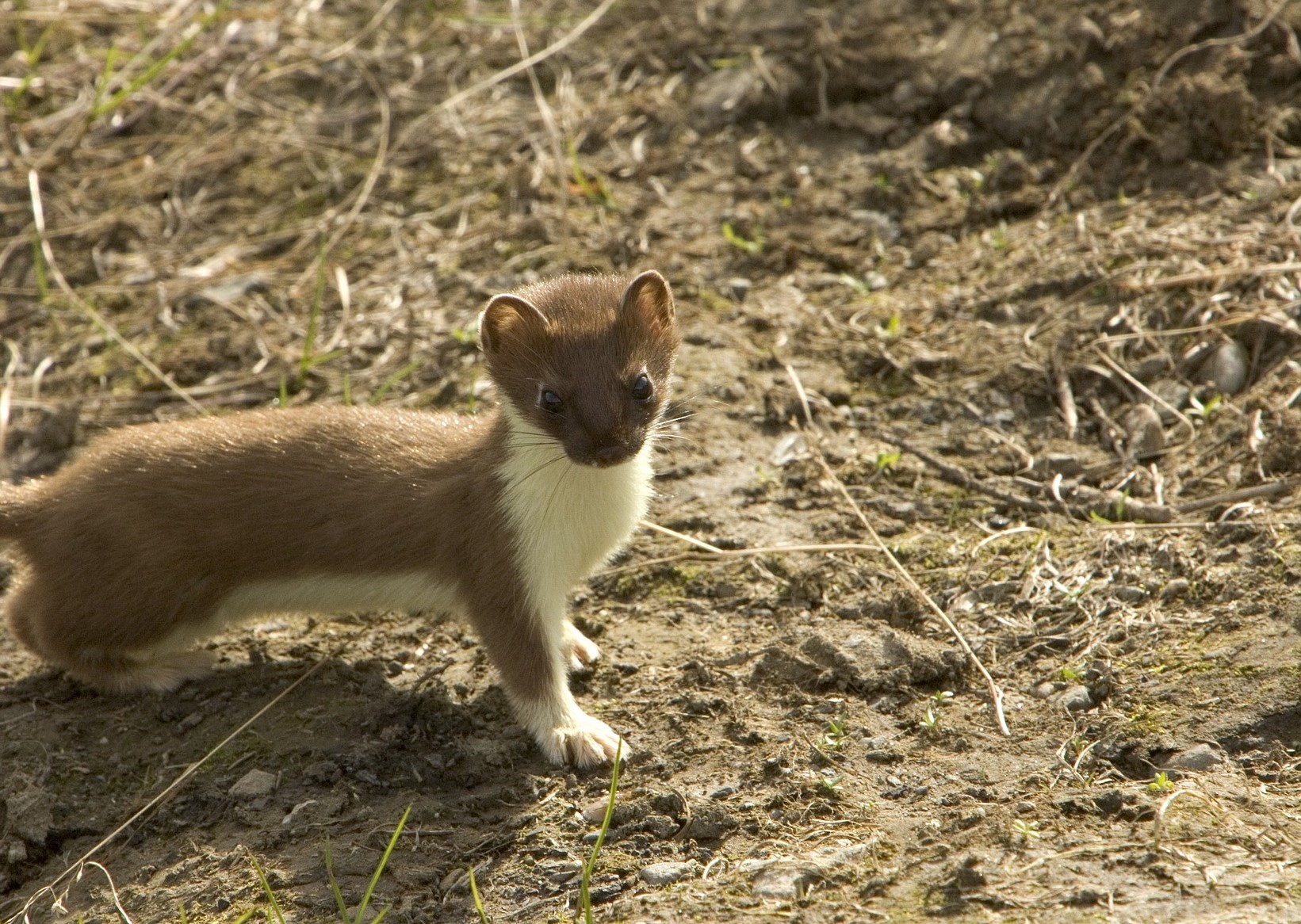 The winter white is triggered by changes in temperature and length of day as a hormonal response which produces a new, thicker coat, doubling as camouflage in the snowpack.

Soon the weasel was on its way, sparing our puny little lives from what was sure to have been an agonizing death at the adorable little hands of Minnesota’s most-extra mammal. Now, a new challenge: finding one in the summer with its brown coat in the bed of leaves—that and eating those 56 pizzas.